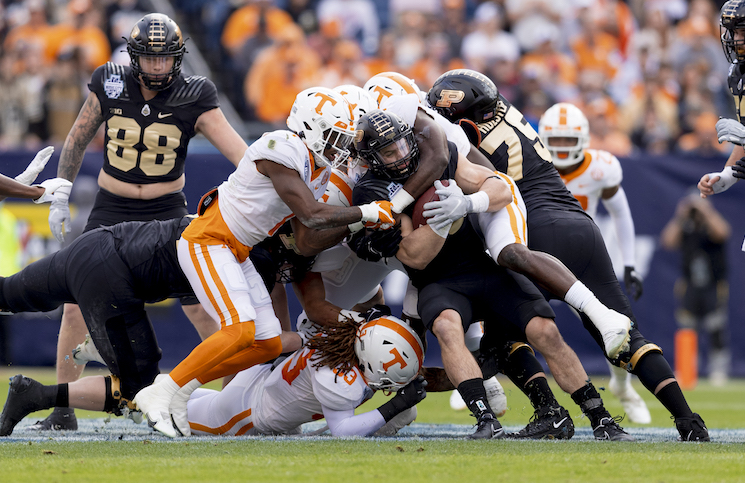 Injuries are a part of every football season. They are unescapable in a sport as physical and violent as football.

However, the Vols have been fortunate in fall camp and have avoided major and debilitating injuries to date.

“I think at this point we’re pretty healthy heading into week one,” Tennessee head coach Josh Heupel said Monday. “You guys know there’s still a long time before we actually kick off. Unless it’s a major injury where guys won’t be available, I tend to not make a decision on Wednesday afternoon and wait just a little bit longer.”

Running back Len’Neth Whitehead is the only Tennessee player with a major injury entering the season. Heupel previously announced that Whitehead had season ending surgery before the start of fall camp.

Tennessee going through the entirety of fall practice without any player suffering a major injury is mildly unusual and a huge win for the Vols entering Heupel’s second season as head coach.

While Heupel confirmed that Tennessee doesn’t have a major injury entering the season, his comments do leave room for a player to miss Thursday’s season opener with a minor injury. We’ll have updates on any injured players leading into Thursday’s tilt.

Like any program in the early years of a coach’s tenure, depth alludes Tennessee at a number of positions. Injuries at running back, linebacker, along both lines of scrimmage and, of course, quarterback would be debilitating for the Vols this season.

Tennessee kicks off its 2022 season Thursday night against Ball State. Kick off from Neyland Stadium is at 7 p.m. ET. The SEC Network will broadcast the game with Tom Hart, Jordan Rodgers and Cole Cubelic on the call.