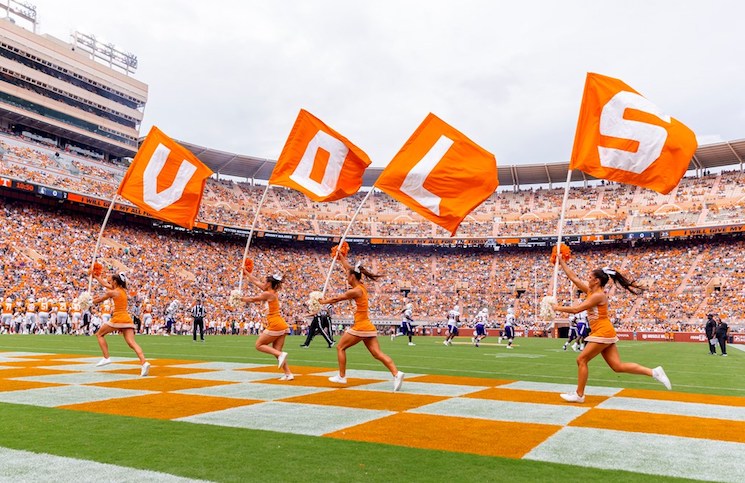 The dawn of a new season is almost here as Tennessee will kick off its 2022 football season Thursday night against Ball State under the lights of a newly renovated Neyland Stadium.

Tennessee is looking to build off a strong Josh Heupel debut season with a breakout second campaign.

Returning quarterback Hendon Hooker and 15 total starters from last season’s team, optimism is high in Knoxville. The Vols over/under win total is set at either 7.5 or 8 this preseason as Heupel’s second team looks to become the third Tennessee team to win eight regular season games since 2007.

Here’s the RTI staff’s predictions for the 2022 Volunteer football team.

Where to begin? First off, thanks for being here. Now buckle up for the next few months. Let’s talk some Tennessee football, shall we?

I’ll start with the defense simply because there are more “knowns” with the offense. We know that Tennessee is going to return 80 percent of its starting offensive line, the highest-rated quarterback in the SEC last year in Hendon Hooker, and Hooker’s top receiver in Cedric Tillman. Those three things alone give Tennessee enough continuity to put the offense on the back burner, for now. Back to the defense. From a pass rush perspective, having Tyler Baron and Byron Young off the edges could make for a huge difference in Tennessee’s ability to pressure the quarterback, which is something all of the Tennessee defensive assistants have talked about during training camp. Linebacker Juwan Mitchell is another guy that flashed for Tennessee before an injury last year but has been very effective at other points in his career.

The Tennessee defense certainly has more depth in the secondary this season. Additions such as Wesley Walker, Dee Williams, and Andre Turrentine give Tennessee numbers and flexibility, for one. Whether the jump up in depth translates to better production on the field is still to be determined, but is expected to improve.

From an offensive perspective, it’s really about who is going to be the starting left tackle for Tennessee and how well the running back room can hold up throughout the year. I have confidence in the pieces Tennessee has in the wide receiver room, especially with Tillman returning and after Bru McCoy’s eligibility approval. But with only four scholarship backs and two of them freshmen, the running back room will be a fascinating storyline to watch throughout the year.

Onto the schedule. I’m picking Tennessee to go 8-4, but that could go in a number of different routes.

On an episode of the Rocky Top Insider Press Pass podcast from August, I picked Tennessee to lose to Pittsburgh, LSU, Alabama, and Georgia. I still have that belief going into the season, but there are so many variables at play. Tennessee has some tough tests in just the first six games of the season. Going to Pittsburgh in week two, attempting to get the Florida monkey off their back in week four, going to LSU in week six, and playing Alabama in week seven. While I think that Tennessee does struggle some at times at the beginning of the season, the Vols have a chance to come back and really put together a strong close to the season with a 5-1 record with wins over South Carolina and Kentucky. That’show I see it could play out for now, but again, it could go a number of different ways.

Tennessee could also easily go 7-5, as well. There are a lot of interesting things happening in the conference. I’m not optimistic that Tennessee will hit the 9-3 mark just quite yet in year two, but that win total could at least be on the table with Tennessee’s first bowl win in the Heupel era.

At long last, college football is here. After an offseason full of talk, practice reports and speculation, the Vols finally return to the field Thursday night. There’s plenty of reason for optimism around this team, chief among them is quarterback Hendon Hooker.

In 12 games, Hooker — along with Heupel — completely reinvigorated that Tennessee football program and an offense that was dreadful the previous four seasons. Hooker and star receiver Cedric Tillman’s return for one final collegiate seasons gives Tennessee’s offense a high floor this season. If the left tackle spot can hold up and a few skills players — Jalin Hyatt, Jabari Small, Bru McCoy, etc — turn in breakout campaigns than the Vols’ offense is capable of being as good as any in the Southeastern Conference. Edge rushers Byron Young and Tyler Baron are reasons to think Tennessee’s defense can improve.

However, there’s still plenty of concerns about a defense that was torched through the air the back half of the 2021 season. Josh Heupel and his staff raved about the defense’s improved depth this offseason and that’s more evident in the defensive backfield than anywhere else. Still, that group will have to show they’ve improved on the field. While there are few concerns about the offense, the left tackle spot holding up is no given.

Tennessee’s schedule is manageable but far from easy this season. I see seven games that would be major surprises if the favored team doesn’t win. I feel safe saying Tennessee will beat Ball State, Akron, UT-Martin, Missouri and Vanderbilt and lose to Alabama and Georgia. An upset could happen, but I’m not betting on it.

That leaves five games on Tennessee’s schedule that could go either way: at Pitt, vs. Florida, at LSU, vs. Kentucky and at South Carolina. All five of those games are supremely winnable. At the season’s offset, I’d make Tennessee favorites in three of those games and no worse than a field goal favorite in the other two. The downside is that Tennessee plays three of those games on the road. Still, there’s a perfect world where Tennessee could go 10-2 and a much more realistic path to 9-3. On the pessimistic view, Tennessee went 1-3 in close games a season ago. They could certainly go 2-3 in toss up games this season. I’m playing the odds and taking the middle ground. Tennessee’s offense makes it hard for me to see them going 7-5 but I have enough concerns about the secondary and interior offensive line where I can’t pull the trigger on 9-3.