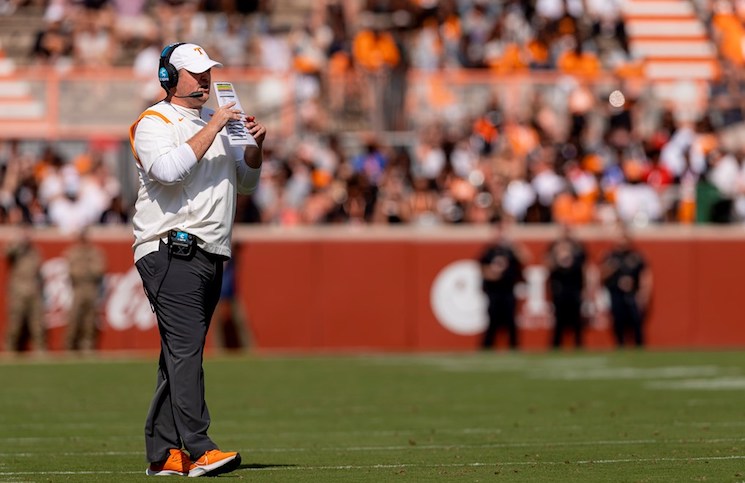 Tennessee is 1-0 and moving to its first major challenge of the 2022 season. The Vols travel to Acrisure Stadium in Pittsburgh where they’ll face No. 17 Pitt for round two of the Johnny Majors Classic.

The Panthers won round one, 41-34, inside Neyland Stadium last year in the first game Hendon Hooker played major snaps.

Here’s everything Josh Heupel said about the Panthers ahead of Saturday’s matchup.

“This is a big game for us, obviously. The first road test for us against a really good football team. Awesome opportunity to recognize coach (Johnny) Majors and what he did for both programs, but in particular here at Tennessee. His years here as a player, as a coach, the impact that he has had and legacy that he has left on our program, is something that we still see and feel today – so, a great opportunity there.

“Really good football team in all three phases. I faced them four times, this is the fourth time in five years. They are tough and physical on both sides of the line of scrimmage, and they do a really nice job. It will be a big test for us. ”

“The structure of what they do offensively is a little bit different. They played with an extra tackle at times last week, some 12-personnel as well, running the football and then their play-action shots come off of that. In recent years, with the quarterback that they had, they were a little bit more spread and were pitching it around a little bit more. The tempo of the ball game will be a bit different.

“Defensively, what we are going see from them will be a little bit different. We have to do a great job of being physical with the front seven in particular, but really your entire defensive unit. You have to maintain gap integrity and have your eyes in the right place too, because play-action is going to come off of it and you cannot give them any chunk plays.”

“This is a veteran group that plays extremely hard, and they are physically mature. They play with great technique. The structure of their defense, I don’t care what personnel grouping or what formation you are playing in, they are going to load it up and play with extra bodies in there. They make it difficult to run the football. You guys know , for us offensively, it starts with our ability to run the football, so that will be a pivotal part of the football game.”

On what stands out about Pitt’s defense

“They gave up a couple of big runs, just misfit a couple of things, but overall they make it extremely difficult. Their front four are strong, physical, athletic. Their ability to get to the quarterback on normal downs, but then on third downs, too. They’ll try to scheme you up. They’re veteran on the outside. We’ve seen these guys a couple of the last times we’ve played them, and it’ll be a big test for us offensively.”

“I think just as much as anything, they have the ability to be different than what they’ve shown on tape. That can be in week one, or it can be what they’ve done at a previous stop. I thought he played pretty efficient throughout the course of the evening. For us, we have to be able to adjust during the course of the ball game to what we see, communicate on the sidelines and communicate those things out on the football field when we see them. We have to be disciplined. We have to do a great job in the run game, we have to smash it.”

“Last year’s ball game, yeah we can take away things. One, personnel. Some guys are different, but some of them are the same, so you have a better understanding of who they are against some of our personnel. The other thing is just understanding the type of game that’s going to be played, meaning that they’re smart, tough and competitive. The little things are going to add up to the big things that show up on the scoreboard, and we have to do a great job at taking care of the football. We have to find a way to create turnovers. Special teams will be a huge part of the football game. Field position is as well and maximizing our opportunities.”