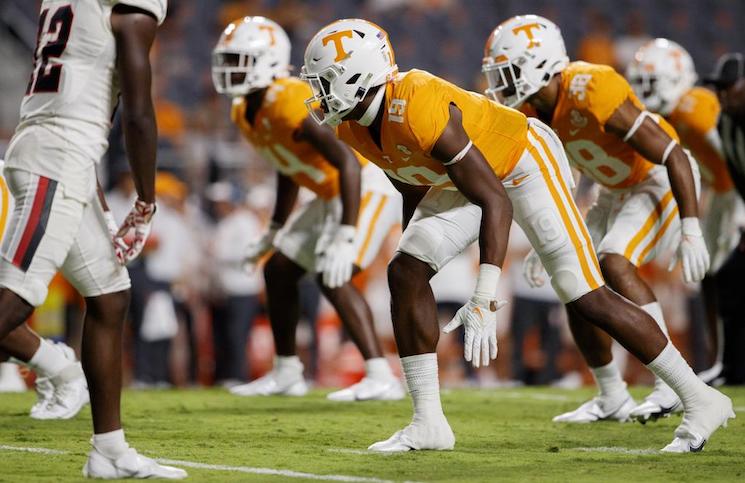 Tennessee coaches touted their improved defensive depth throughout fall camp. The Vols claimed they would use more players and freshmen Elijah Herring and Josh Josephs early playing time against Ball State may be the best evidence to support that through one game.

Herring played 20 snaps and Josephs played 14 snaps against the Cardinals. On their own, those numbers aren’t overly surprising given Tennessee’s 49-point victory. However, Herring and Josephs both earned snaps as early as the game’s second drive.

Why did Herring and Josephs play in big moments before the score ballooned out of control?

“I think Herring made tremendous strides coming out of spring,” Tennessee defensive coordinator Tim Banks said. “He’s a big kid. He’s strong, he’s physical, he’s still learning the nuances of playing inside linebacker but he worked hard enough and showed enough consistency in practice where we felt like we needed to carve out a niche, or role, for him. We don’t see that changing as we continue to move forward.

“Joseph, again, is a kid that plays a little bit bigger than what his actual size is,” Banks said. “He’s uber long. He has some explosive qualities. Again, the consistency, the stage hadn’t seemed too big for those guys during practice.” 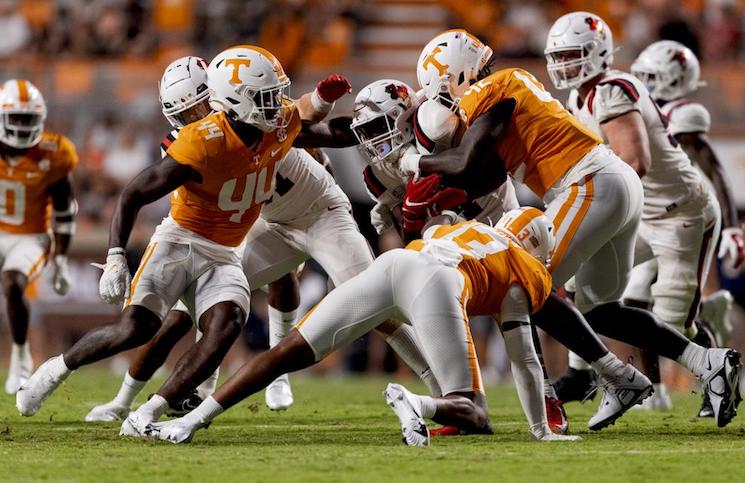 Herring’s progression from the time he arrived on campus to kick off afforded him an early opportunity and the 6-foot-2 backer performed well. The former three-star recruit tallied one tackle and one quarterback hurry in his first taste of college football.

Unlike his inside linebacker counterpart, outside linebacker/weakside defensive end Josh Josephs was a highly touted recruit coming out of Georgia’s North Cobb High School.

The 6-foot-3, 238-pound freshman impressed in his debut, recording two tackles, 0.5 a tackle for loss and a pass break up. Josephs graded out as Tennessee’s fourth best defender against Ball State according to PFF, earning a 72.2 grade.

“Fast, long and explosive on the edge,” Tennessee head coach Josh Heupel said. “I thought he did a nice job in the reps he got. That’s fitting the run and trying to apply some pressure to the quarterback. He’s a young guy that’s going to continue to grow inside of what we’re doing. I expect him to have a big role throughout the course of the year.”

This week’s matchup at No. 17 Pitt will put Tennessee’s coach’s trust in Herring and Josephs to full test. Trusting freshmen early in the game against Ball State is one thing, trusting them late in a close game is another.

Still, Banks implied that both guys will continue to have opportunities and could build towards bigger roles by the end of the season.

“Obviously as we continue to go out throughout the season, we think being able to play those guys early and get them more reps will only help us down the stretch of the season,” Banks said.