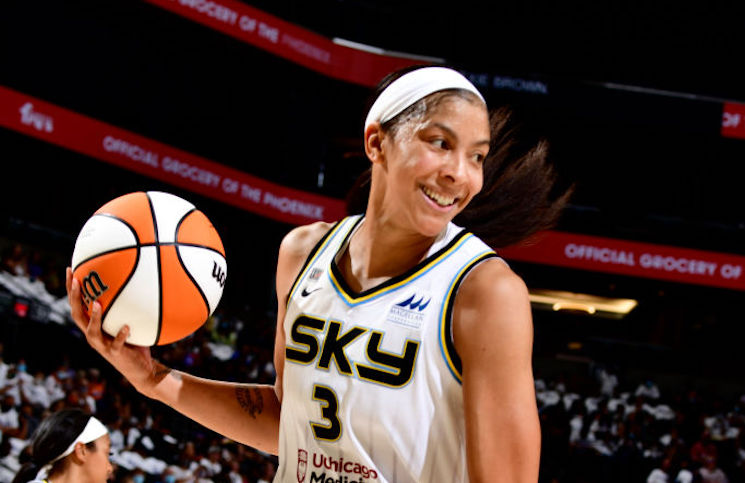 It was a fitting team for Parker to tie the record against considering Tennessee’s long standing rivalry with UConn and Parker’s ongoing beef with Huskies’ head coach Geno Auriemma.

Of course, Parker wasn’t tying a former UConn player atop the WNBA playoff double-double list but fellow Lady Vol For Life Tamika Catchings— who played 17 seasons with the Indiana Fever.

History makers. #LVFLs Tamika Catchings and Candace Parker are tied for the most double-doubles in WNBA history! pic.twitter.com/b2pBoyH6JI

Parker and Catchings are two of the best players in the history of the WNBA and their playoff success shows it.

Parker’s Chicago Sky are in the midst of a title defense after claiming the WNBA Championship a season ago. The 2022 championship was the second title in Parker’s storied professional career.

The Las Vegas Aces await whoever advances to the Finals.