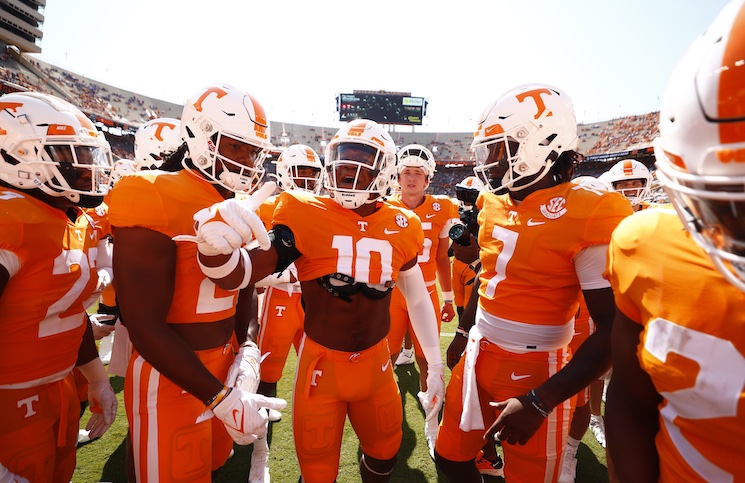 The Tennessee football team against Pittsburgh on Sept. 11, 2021. Photo via Tennessee Athletics.

Mitchell missed last week’s opener against Ball State after missing the majority of the 2021 season sidelined with a shoulder injury. Tennessee’s coaches were complimentary of Mitchell’s fall practice and the former Texas linebacker is a co-starter along with Aaron Beasley on the Vols’ depth chart.

Garland played 11 snaps in last week’s win over Ball State due in large part to Mitchell’s absence. The junior linebacker is a third string on Tennessee’s depth chart with Mitchell being one of the players ahead of him.

With Mitchell and Garland sidelined it will be a major workload for Jeremy Bans, Aaron Beasley, Solon Page III and potentially freshman Elijah Herring.

Williams is the Vols’ co-starter at punt returner and a back up at corner in his first season in Knoxville. The junior college transfer missed last week’s season opener.

Kick off between the Vols and Panthers is at 3:30 p.m. ET. Sean McDonough, Todd Blackledge and Molly McGrath are on the call for ABC.