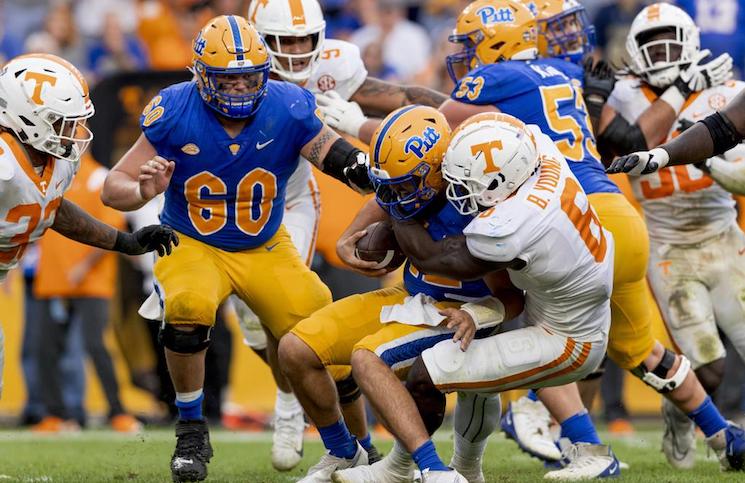 Tennessee defensive end Byron Young is the SEC Defensive Lineman of the Week for his performance in the Vols’ overtime win at Pitt.

The preseason First team All SEC selection played up to his potential in Tennessee’s first major test of the season, affecting the Panthers’ rushing and passing attack.

Young graded out as Tennessee’s second best defender in the win according to Pro Football Focus, earning a 73.8 grade in the win. Ironically, fellow defensive end Tyler Baron is the lone defender that graded out better than Young after recording four tackles, two tackles for loss and a strip sack.

The talented upperclassman pass rushers gave the Vols the performance they needed in the top 25 road win.

The former junior college transfer missed the Pitt game a season ago and reveled in the opportunity to help his teammates earn a critical early season win.

“It was so heartbreaking watching my team go out there and fight— I was supporting them but being on the sideline and not being in the fight, I told them I had to return the favor and play my game this week,” Young said following the win.

Young wasn’t the only Vol to earn SEC weekly honors as Tennessee quarterback Hendon Hooker was the SEC Offensive Player of the Week.