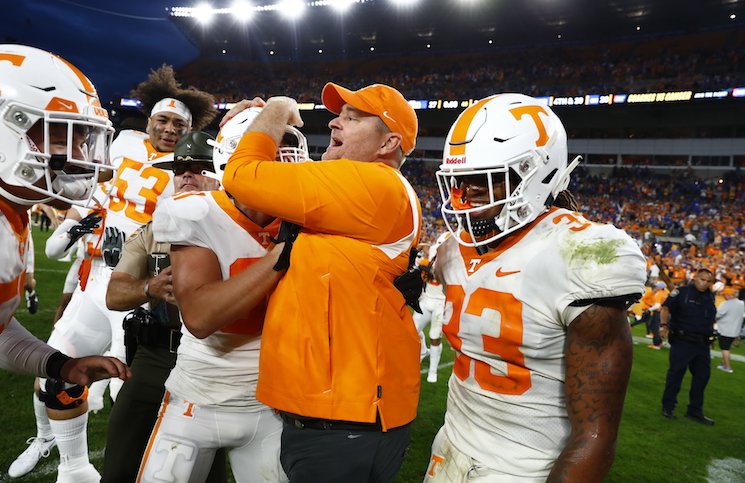 Tennessee played far from its best football but walked out of Pittsburgh 2-0 with a top 20 win after surviving an overtime thriller.

The Vols scored just three points in the second half, but Tennessee’s defense came up big and the offense found the end zone in overtime

If you need a reminder on how Pro Football Focus works, read the opening of the Ball State grades.

Let’s see how the Vols graded out.

Unsurprisingly, Tennessee’s offense did not grade out very well in the road win. Some might be surprised by how well Hendon Hooker graded out but I was not. Hooker missed some throws early but was accurate and made wise decisions after that. Frequently under pressure, Hooker limited the damage on many plays when his pass protection broke down.

I was, however, surprised that Jabari Small graded out higher than Jaylen Wright. Small had the two touchdowns and Wright had the fumble, but I thought Wright ran better throughout the game.

Unsurprisingly, Tennessee’s defense graded out very well in the win. The guys who made the big plays graded out the best. Tyler Baron and Byron Young lived in the backfield, Aaron Beasley led the game in tackles and Trevon Flowers made two huge plays in a roller coaster performance.