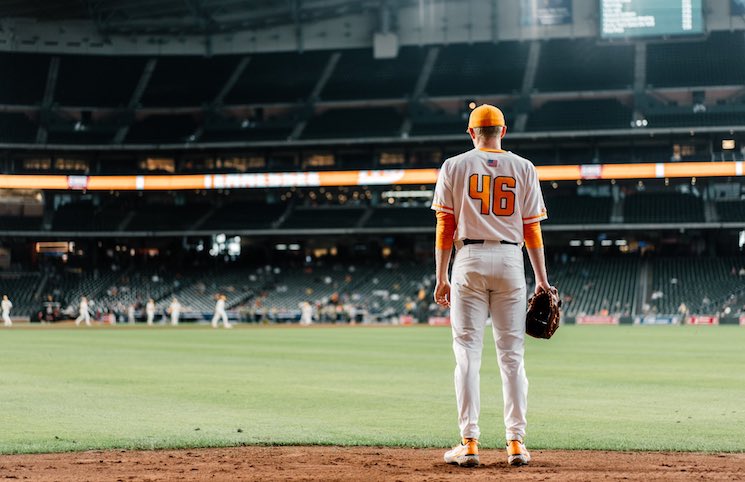 Walsh is tied with Todd Helton as the Vols’ all time save leader, tallying 23 saves in his five years at Tennessee.

The Louisville, Tennessee native is one of the top relievers in Volunteer history, posting a career 1.94 ERA while never having worse than a 2.53 ERA in his five seasons in Tennessee’s bullpen.

In his new role, Walsh will help with Tennessee pitchers and do off the field work including analytic breakdowns.

Loyalty has been a key word for Tony Vitello since arriving in Knoxville and the university’s loyalty to him played a role in the coach deciding to stay and build the Volunteer program.

Vitello has certainly showed an abundance of loyalty to his assistant coaches and former players while in Knoxville. The sixth-year head coach hasn’t fired any assistants since arriving in Knoxville.

Walsh is the latest Vitello player to join his coaching staff.