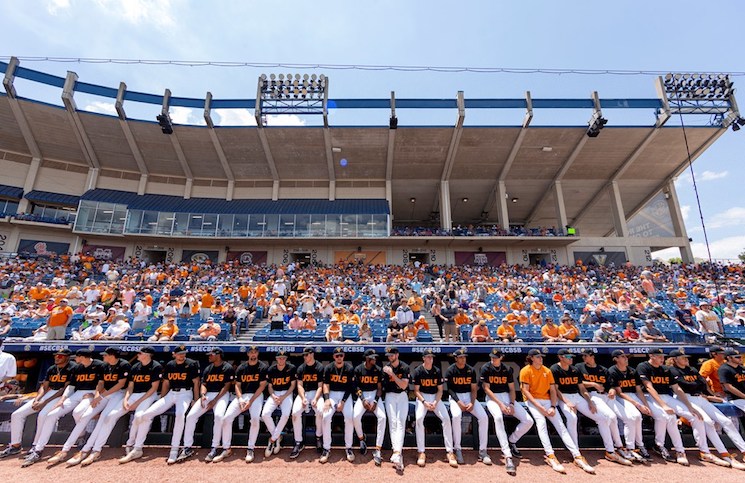 Get those calendars marked because the @SEC schedule is in and we've got five BIG matchups coming to Rocky Top this spring!#GBO // #OTH

Tony Vitello’s sixth Tennessee team then travels to Baton Rouge to face its greatest regular season test. LSU is the way-too-early No. 1 team in the country while the Vols are the No. 2 team.

Tennessee then returns to Knoxville for a two-week home stand against SEC east rivals Vanderbilt and Kentucky.

The Vols then head to South Carolina to face the Gamecocks before returning to Knoxville to cap off April with a three-game series against Texas A&M.

Tennessee’s SEC schedule does not include matchups with Alabama, Ole Miss or Arkansas. The Vols not playing against Arkansas for the second straight season is disappointing given the budding rivalry between the two programs.

The Vols are still finalizing their non conference slate with a full schedule expected to be announced soon.