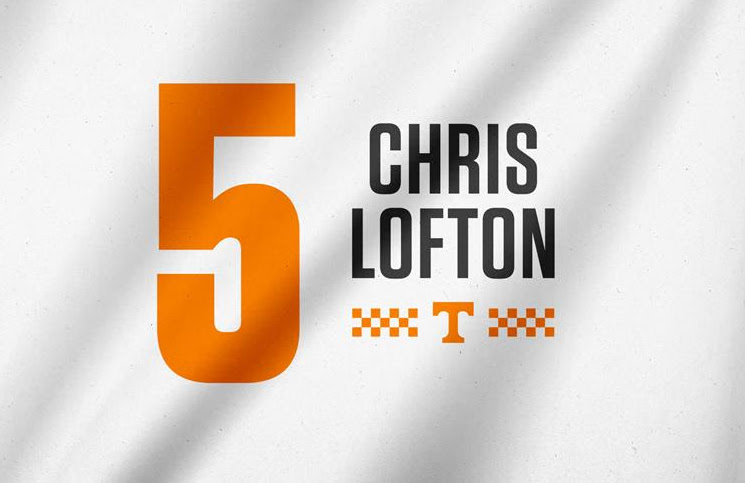 At long last, Tennessee is adding the No. 5 jersey to the rafters of Thompson-Boling Arena.

The Vols are retiring program legend Chris Lofton’s jersey on Jan. 14 for the Kentucky game, the program announced Thursday night.

“As a recovering basketball player/coach myself—and having worked in college athletics since the early 2000s—I am extremely familiar with what an outstanding player Chris Lofton was during his time here,” Tennessee Director of Athletics Danny White said in a statement. “Having now learned more about his incredible work ethic, the adversity he overcame and the amazing character he displayed—and continues to display—I can’t wait to experience Thompson-Boling Arena when we unveil his banner in the rafters.”

Lofton is one of the greatest players and best shooters in Tennessee history. A four-year contributor from 2004-08, Lofton was a three-time All-SEC selection, a two-time All American and the 2007 SEC Player of the Year.

The Maysville, Kentucky native averaged 20.8 points on 42% shooting from three-point range in his junior, SEC Player of the Year season.

Lofton was known best for his three-point shooting, drilling 100 triples in each of his final three collegiate seasons. The 6-foot-2 shooting guard still holds Tennessee’s program record for single season and career three-pointers made.

“It’s remarkable what a legacy Chris left here at Tennessee,” Tennessee head coach Rick Barnes said. “Since I’ve been here, I can’t count the number of fans who have told me Chris Lofton stories. And I know all too well the type of shot-maker he was in the game’s biggest moments. He’s extremely deserving of this prestigious recognition.”

The Vols’ eighth year head coach is referencing Lofton’s go-ahead three-pointer that he drilled over Kevin Durant to beat Texas while Barnes’ was the Longhorns’ head coach. Lofton also drilled a game winner against Winthrop in the NCAA Tournament.

Barnes referenced both shots while surprising Lofton with the news during the Vols’ practice.

Chris knew something was up… pic.twitter.com/iiPbLHf2F0

Lofton’s greatest battle in college didn’t come on the hardwood. The Bluegrass State native was diagnosed with cancer following his junior season in Knoxville and played his entire senior season — where he averaged 15.5 points per game — without the public knowing what he was battling.

After his playing days in Knoxville, Lofton played overseas for a number of years with a number of professional teams.

Tennessee is retiring Lofton’s number during the Vols’ primetime matchup against Kentucky. Lofton didn’t earn a scholarship offer from the Wildcats coming out of high school and the Maysville native spent his college career torching Kentucky and making the Wildcats regret that decision.