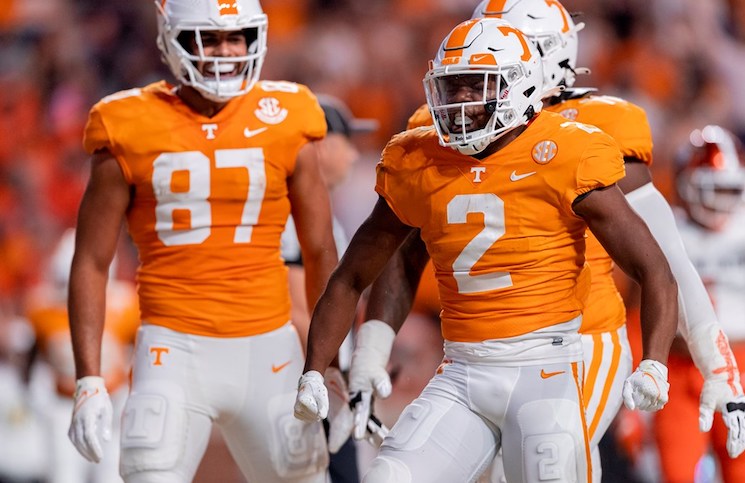 As Tennessee enters its biggest game of the 2022 season to date, the status of a pair of key offensive starters is in limbo.

Both running back Jabari Small and receiver Cedric Tillman exited the Akron game with injuries and didn’t return.

Neither injuries appear to be cause for long term concern, but their status for Saturday’s top 20 matchup against Florida is in jeopardy.

“Today is Monday, we don’t do much on the field so we will see as we get on the grass here in the next couple days,” Heupel said.

Tennessee’s had fortunate injury luck to this point in the season. Reserve running back Len’Neth Whitehead is the only player Tennessee’s lost for the season while a handful of contributors have missed games the first three weeks of the season.

More From RTI: Who Will Be Tennessee’s Guest Picker At Gameday?

While Tennessee doesn’t want starters to be questionable for a critical rivalry game, it bodes well for the Vols that both questionable players are veterans with established success and work ethic. That potentially allows Small or Tillman to play without participating in practice.

“Guys who have played a bunch of football and understand what we’re doing defensively or offensively— do you ever want them to not get the physical reps? No, you prefer to have the physical reps,” Heupel said. “At the same time, those guys are mature enough to typically put themselves in a position to operate and function and play at a really high level with the limited amount of practice reps over the course of the week.”

If Small or Tillman miss Saturday’s game where would Tennessee turn?

Jaylen Wright is the back up in a thin running back room and Dylan Sampson is the third string— though Sampson got banged up against Akron. Behind that duo, Justin Williams-Thomas is Tennessee’s only other scholarship running back.

Ramel Keyton and Jimmy Holliday are Tillman’s back ups. Walker Merrill could also see additional reps if Tillman is out.

If Tillman is unavailable to play, Jalin Hyatt could move outside. That would give opportunities for Squirrel White and Jimmy Calloway against the Gators.

Kick off between the Vols and Gators is at 3:30 p.m. ET Saturday. Brad Nessler, Gary Danielson and Jenny Dell are on the call for CBS.