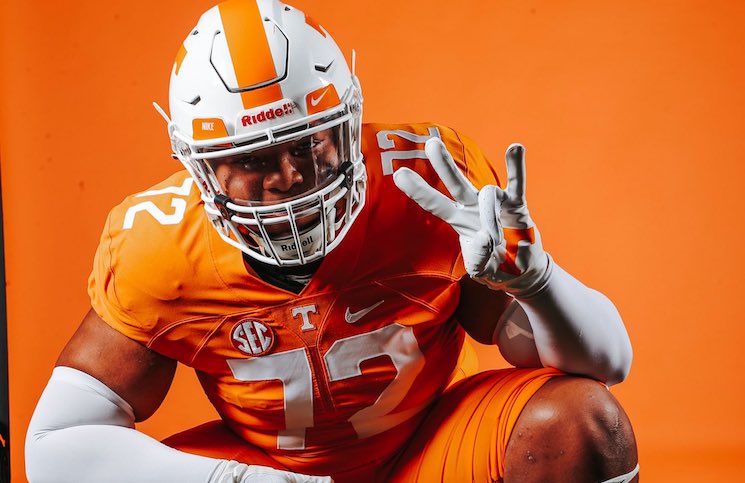 Three-star Tennessee offensive line target Vysen Lang is returning to Knoxville this weekend for the Florida game. Lang, a 6-foot-4, 328-pound offensive tackle, is using his official visit for this weekend’s trip to Knoxville.

The Vols joined Arkansas, Auburn, Georgia, LSU and Texas in the top six Lang released earlier this summer. Auburn and Tennessee are the favorites for the Alabama native according to the On3 Recruiting Prediction Machine.

While Lang ranks as an offensive tackle, the Pike Road, Alabama native could play on the interior of the offensive line in college.

Lang’s visit to Tennessee will be his second in 2022 after visiting Knoxville for a major June recruiting weekend.

The offensive lineman has consistently been on visits this year, seeing LSU twice, Arkansas, Georgia, Texas and a number of schools who didn’t make his top six once.

While Lang has seen all his contenders, he’s made the 46 mile trip to Auburn more than any other school. The three-star visit to Auburn last weekend was his fourth in 2022.

Despite a strong 2022 recruiting class that ranks in the nation’s top 10, Tennessee’s missed on a number of top offensive line targets.

The Vols have landed four-star offensive tackle Sham Umarov and three-star offensive guard Ayden Bussell while four-star athlete Trevor Duncan could play on either side of the ball in college.

Landing Lang would be a major boost for the Vols’ offensive line class.