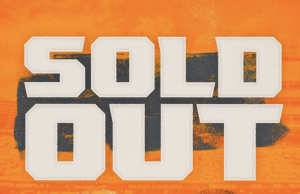 Tennessee Football has officially announced a sellout for two upcoming games in Neyland Stadium this year.

Additionally, according to Tennessee’s tweet on Thursday, the Oct. 22 homecoming game against UT Martin and the Nov. 12 matchup against Missouri have limited availability.

Tennessee, even with a gigantic stadium that fits nearly 102,000 people, has one of the hottest tickets in the nation right now.

The Vols have already sold out two of their three home games this year in Akron and Florida. Now, Tennessee is looking at two, possibly three to four more sellouts in Neyland Stadium.

With the renovations that Tennessee installed over the offseason, Neyland Stadium’s new sellout number is at 101,915.

While the evidence is mounting regarding Tennessee’s hot ticket prices, it isn’t just the in-person spectators that are eager to see the Vols. In just the first four weeks of the season, Tennessee has produced the second-highest viewed game of the week two weekend against Pittsburgh and delivered the most-watched game of week four while hosting Florida last weekend.

According to ESPN, 4.5 million people tuned into Tennessee’s road overtime thriller at Pitt. And according to CBS just a few days ago, the Tennessee-Florida matchup peaked at 6.736 million views. That’s well over 10 million combined viewers for Tennessee’s two Top 25 matchups this season.

In 2021, Tennessee sold out Neyland Stadium when Lane Kiffin and the Ole Miss Rebels came into town. However, prior to that game, it had been four years since Tennessee’s last sellout in Neyland Stadium. Now, after a revival of the program, Tennessee can’t keep its fans out of the stadium on game day.

No. 8 Tennessee will enjoy a bye week in Knoxville this weekend before traveling down to Baton Rouge for a matchup with LSU next weekend.