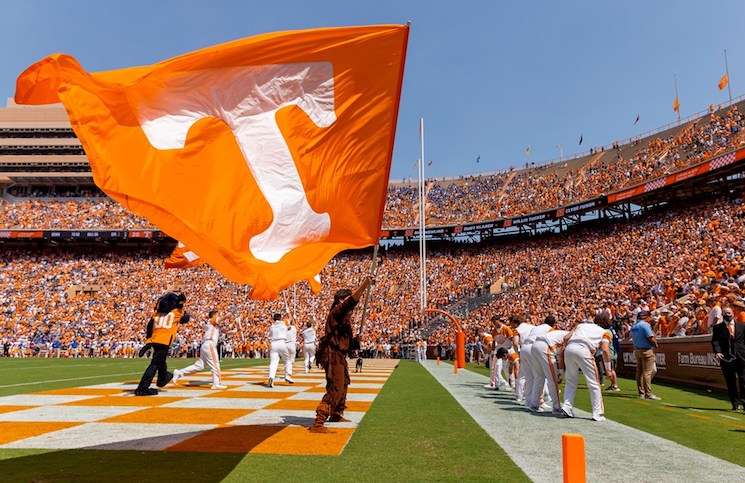 The home fans at Neyland Stadium won’t get to see the return of the Smokey Grey, but LSU wearing white uniforms at home allows the Vols to wear home uniforms on the road.

With the Smokey Grey uniforms returning, Tennessee has two different alternate uniforms. The Vols debut their “dark mode” uniforms against South Carolina a season ago before wearing them again in the loss against Georgia.

The Vols opened as four-point road favorites at LSU with the spread dropping to 3.5 since the line came out Sunday afternoon.

Kick off at Tiger Stadium is at noon ET. Bob Wischusen, Dan Orlovsky and Kris Budden are on the call for ESPN.