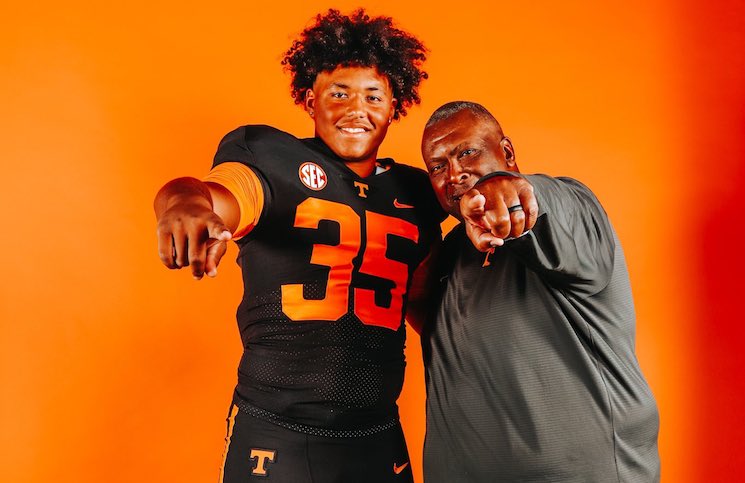 Hobbs commitment is on his mother’s birthday and the top 100 recruit will decide between Alabama, Georgia, Michigan, North Carolina, Ohio State and Tennessee.

The Concord, North Carolina native is one of the top players in the country, ranking as the No. 95 player and No. 12 defensive lineman in the country according to the 247sports composite rankings.

Hobbs is ranked even higher on other sites, including On3 who ranks him as a five-star and the No. 23 player in the country.

Hobbs announces his commitment date coming off two visits to Tennessee in relatively short time. The defensive lineman saw Tennessee’s wins over both Florida and Alabama in person.

The Vols defeating Alabama in front of Hobbs could be beneficial as the Crimson Tide are one of Tennessee’s top threats in Hobbs’ recruitment.

Hobbs has a pair of official visits lined up before making his college decision. The blue-chip defensive lineman is visiting Alabama this weekend for its matchup against Mississippi State and plans to visit Georgia the first weekend of November for the Bulldogs’ matchup against Tennessee.

The Vols’ 2023 recruiting class ranks as the No. 10 class in the country according to 247sports team rankings. Tennessee has 21 players committed including four defensive linemen but just one interior defensive lineman.