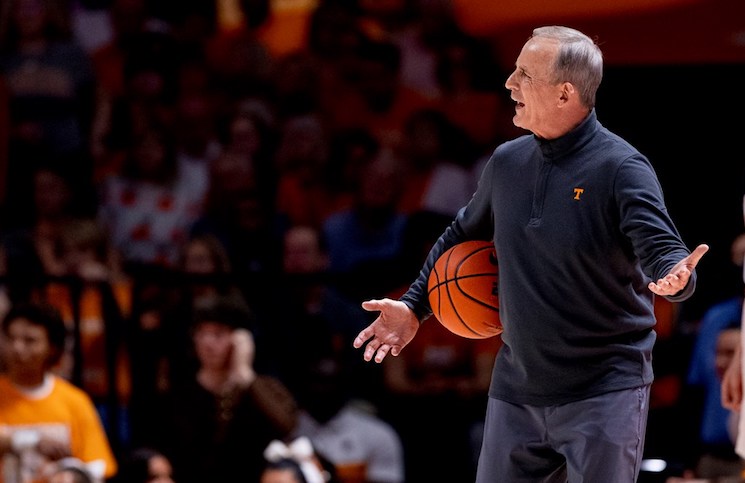 Tennessee ended its preseason tune up as well as it could, rolling No. 2 Gonzaga 99-80 in Frisco, Texas. The game was deemed the Legends Classic with proceeds from ticket sells and the pay-per-view going to the McClendon Foundation.

After taking on Michigan State in its closed door scrimmage last weekend, No. 11 Tennessee battled the Zags in its lone exhibition game. The performance was as impressive as can be as the Vols dominated one of the nation’s top programs.

After giving up 54 first half points and trailing by four at the break, Tennessee held what’s expected to be one of the nation’s best offenses to just 26 second half points.

“I think the pace. Our offensive pace went both ways,” Barnes said on what changed for the defense in the second half. “I think what’s helped our team up to this point is the fact that we’ve been able to be competitive in practice. They missed some shots around the rim that I think they’re going to make. It’s still early in the year. Teams are in the cardio shape they need to be in. We talked about that ourselves— the cardio toughness. When we get tired can you go for two and a half, three minutes. … Fatigue can play a factor in why teams don’t shoot the ball well.”

More From RTI: Notes And Observations From Tennessee’s Exhibition Win Over Gonzaga

Indiana State transfer Tyreke Key was fantastic in the win, scoring 26 points on eight-of-12 shooting from the field. Key’s shooting was on display as the redshirt senior made four-of-seven three-point attempts.

Tennessee returns to the court for its regular season opener on Nov. 7 against Tennessee Tech.

“I’ve said for years I think we should be playing three or four of these games before we even get into the season,” Barnes said. “It’s not only good for us to play this kind of competition but it’s great for the officials to get started.”