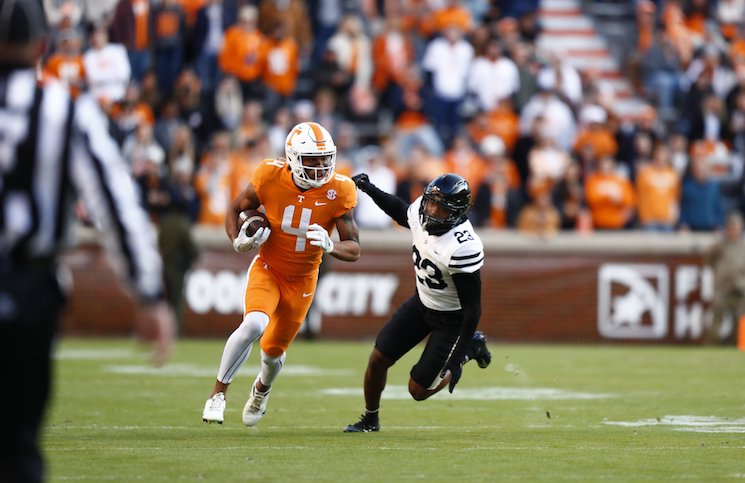 Tennessee’s regular-season finale against Vanderbilt will kick off at 7:30 p.m. ET on the SEC Network, the conference announced Monday.

It had previously been eight straight years of the instate rivalry matchup being at the 3:30 p.m. ET SEC Network time slot— every year since the existence of the SEC Network. However, this time around, the Vols will be heading to Nashville for a matchup under the lights.

Tennessee is looking for its fourth straight win over the Commodores dating back to the Vols’ 2019 win inside Neyland Stadium.

Vanderbilt is coming off its best win in years. The Commodores ended a 26-game SEC losing streak when they beat Kentucky in Lexington Saturday. The win also ended a five-game losing streak this season.

Two weeks ahead of the matchup Vanderbilt is 4-6 (1-5 SEC) and needs to win each of its final two games to make a bowl game in head coach Clark Lea’s second season. The Commodores host Florida this week before concluding the regular season against Tennessee.

The Vols need wins in their final two games — South Carolina and Vanderbilt — to preserve their chance to make the College Football Playoff. Tennessee is currently 9-1 (5-1 SEC) ahead of its trip to South Carolina.

Other top SEC games in the final week of the regular season include Ole Miss-Mississippi State, Auburn-Alabama, Florida-Florida State, and South Carolina-Clemson.