Tennessee bounced back from its first loss of the season defeating Florida Gulf Coast, 81-50, at Thompson-Boling Arena Wednesday night.

Tennessee Gets To The Free Throw Line

Tennessee’s interior scoring is not one of its strengths and while Olivier Nkamhoua had a strong game, the Vols didn’t get an abundance of their offensive production from their front court they found other ways to score aside from perimeter shooting.

The Vols attacked the basket early-and-often and got to the free throw line 20 times in the first half on their way to 37 for the game.

Tennessee’s backcourt and wings attacked the basket off the dribble and off of cuts and curls. FGCU seemingly made it an emphasis to not allow Tennessee to dunk the basketball as the Eagles committed a handful of hard fouls at the basket.

Tennessee didn’t fully capitalize on its opportunities at the free throw line, making just 68% of its attempts. However, it still provided a needed source of scoring. If Tennessee can get to the charity stripe against more athletic opponents it would go a long way for its offensive output this season.

FGCU started the game solid enough offensively, tallying seven points in the first five minutes to take an early lead. From there, Tennessee used suffocating defense to spark an 18-2 run that allowed them to take control of the game and never look back.

The Eagles tallied just 20 points in the first half before scoring a respectable 30 second half points. Unlike its season opening victory over Tennessee Tech, Tennessee didn’t just force an abundance of turnovers. FGCU turned it over 17 times in its second loss of the season.

Tennessee just played suffocating defense not allowing the Eagles to get open looks inside or from the perimeter. The Vols had a handful of missed assignments that led to open baskets. However, they were far-and-few between as the strong defensive effort pushed Tennessee to the lopsided win.

FGCU finished the game shooting 30% from the field and 21% from three-point range.

More From RTI: What Josh Heupel Said About South Carolina

Jahmai Mashack Shines In Second Half

Rick Barnes told the media that Jahmai Mashack was Tennessee’s most improved player in the preseason and the sophomore shooting guard showed flashes of it in preseason action and the first two games of the season.

However, it really showed up in the second half Wednesday night. Mashack earned minutes early in the first half and impressed with his defense. That was no surprise though due to the athletic guard’s defensive prowess that he showed as a freshman.

Mashack’s offensive game came shining through in the second half when he scored 10 points on four-of-six shooting. The sophomore guard also had the play of the night when he cut to the basket, caught a Nkamhoua pass and threw down a ferocious one-handed slam.

Mashack didn’t score from the perimeter but scored in the half court on drives and cuts and had success getting out in transition.

Combine the increased offensive confidence with his nasty defensive mentality and you have a player that’s going to be part of Barnes’ rotation this season. 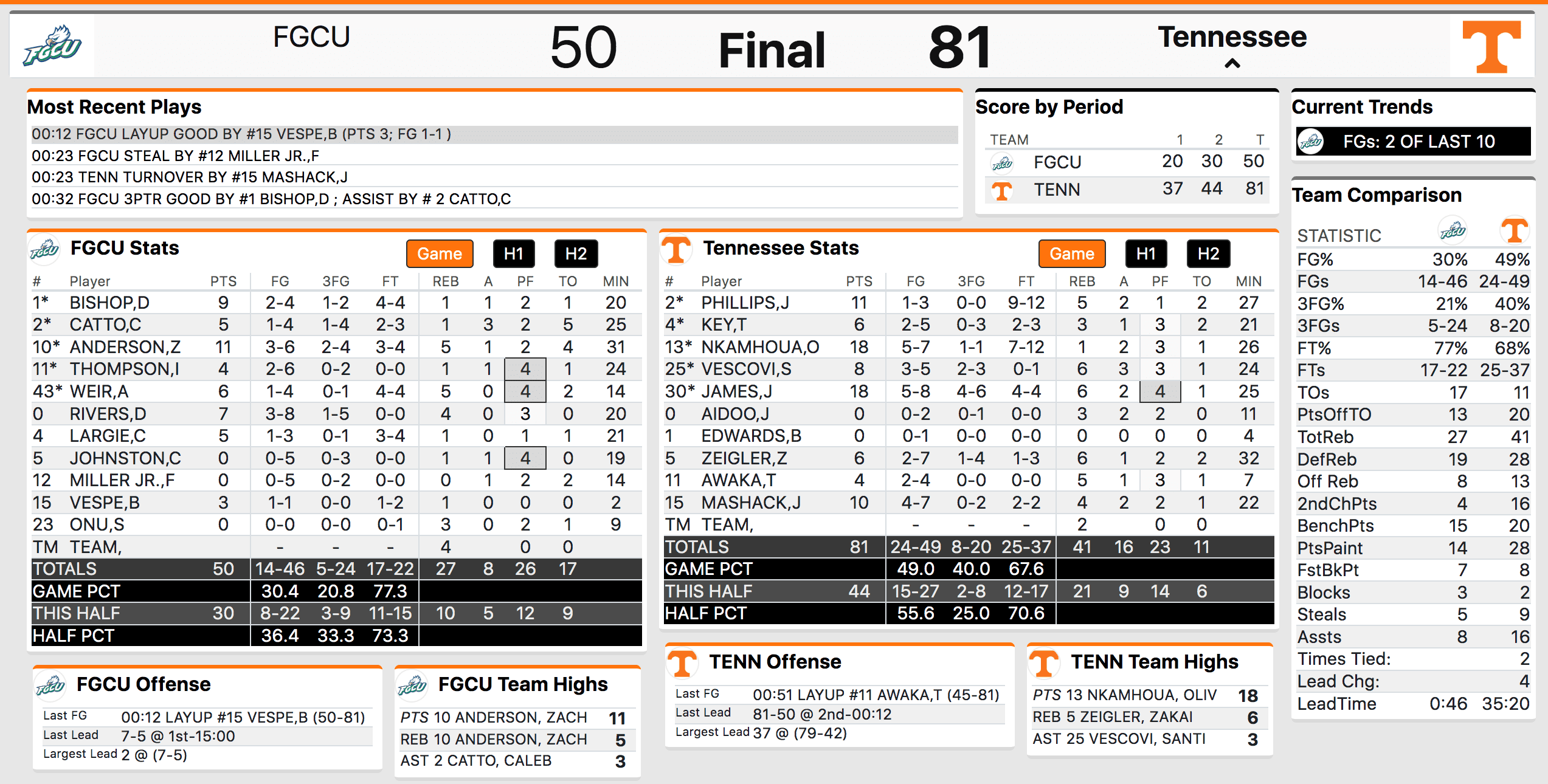 Tennessee returns to the court in a week when they face Butler to open its play at the Battle4Atlantis. Tip-off is at 7:30 p.m. ET with ESPN2 broadcasting the game.