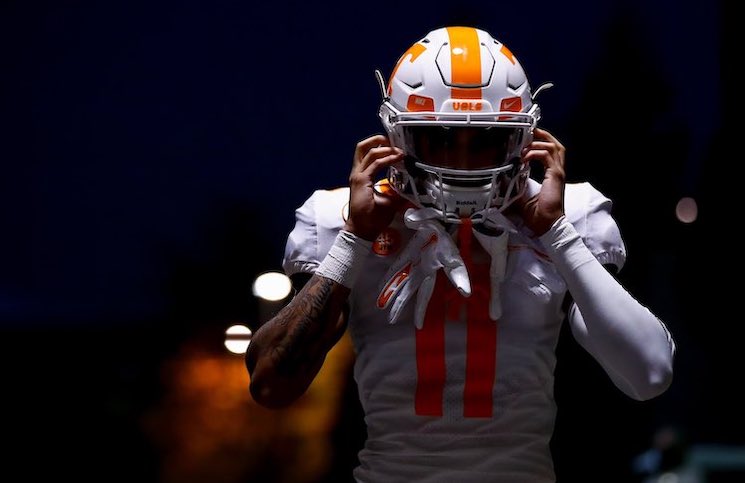 The junior receiver returns to Columbia as a First Team All-SEC lock and an All-American and Biletnikoff Award candidate.

“I’m going to treat it just like a regular game,” Hyatt said on an appearance on the Rich Eisen show. “Going out there and doing what I have to do but it’s going to be a little more in the tank.”

This weekend won’t be the first time Hyatt returns to Columbia to face South Carolina as a Vol. However, Hyatt’s first game in Columbia was the first game of his freshman season.

The slot receiver is a completely different player now than he was two seasons ago and his teammates have been eager to remind him of the upcoming opponent this week.

“All of them know it,” Hyatt said of not receiving a South Carolina offer. “It’s funny being at practice with the team because everyone comes up to me saying ‘you know who we’re playing? You know who we’re facing this week?’ It’s amazing to be on this team.”

Not only is Hyatt the SEC’s top receivers, the junior has nearly double the touchdowns (15) than all of South Carolina’s receivers combined (8).

After never receiving an offer from his local school, Hyatt can rub the Gamecocks’ face in a disappointing November with another strong performance.

“First and foremost, being able to play close to home with obviously a lot of friends and family that have an opportunity to see you play and when you’re playing you have the opportunity to do that,” Heupel said on the SEC Coaches Teleconference. “For him, obviously he’s been playing at an elite level and is extremely confident. Those games, those moments are special and I’m sure he’ll have a lot of extra visitors at the ball game. Those are special opportunities when you get to play close to where you’re from.”

Tennessee expects to pick up a healthy win over its SEC east foe with sports books favoring Tennessee by more than three touchdowns over South Carolina.

Kick off between the Vols and Gamecocks is at 7 p.m. ET. Chris Fowler, Kirk Herbstreit and Holly Rowe are on the call for ESPN.