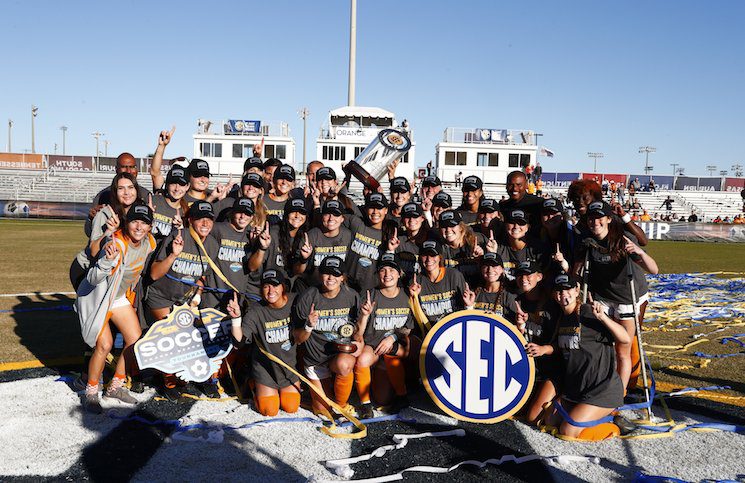 Tennessee soccer claimed its first SEC Tournament Championship since 2008 Sunday, defeating Arkansas 3-0 in the title game. Head coach Brian Pensky’s 10th team in Knoxville avenged their 3-1 SEC opening loss to Arkansas in the regular season. The loss to the SEC west champions is one of just two losses for Tennessee this season. […]