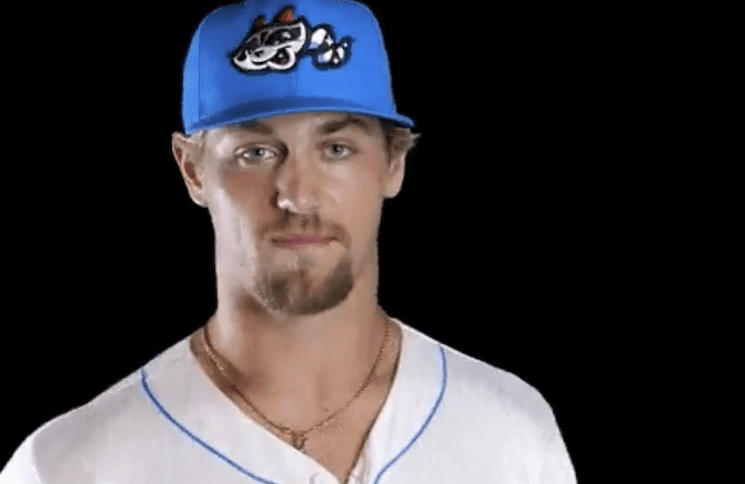 For the first time since the Knoxville Super Regionals back in June, former Vol relief pitcher Ben Joyce returned to a mound in east Tennessee this week as his Rocket City Trash Pandas opened a six-game series with the Tennessee Smokies on Tuesday. The visiting Trash Pandas defeated the Smokies to open the series on […] 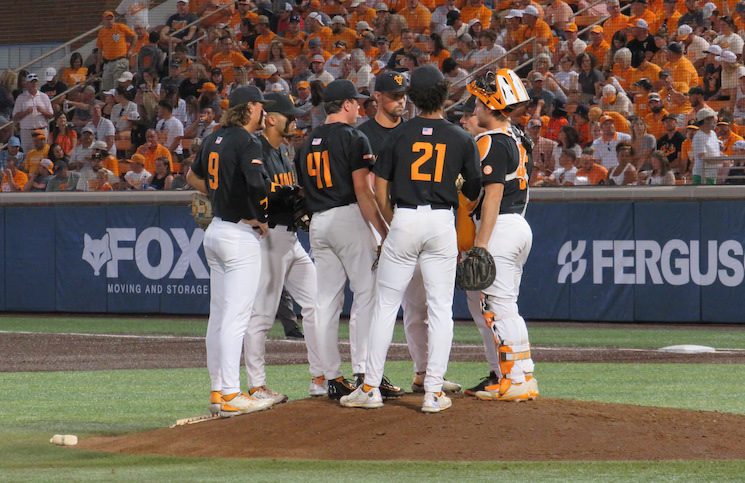 BREAKING: Ben Joyce Selected in the Third Round of MLB Draft 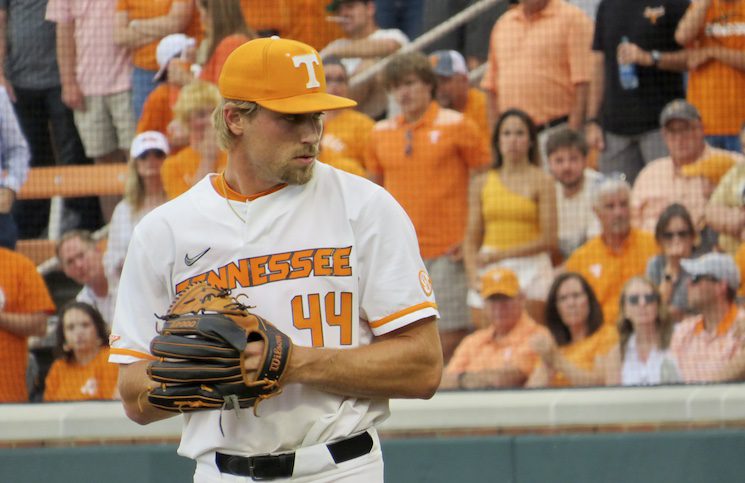 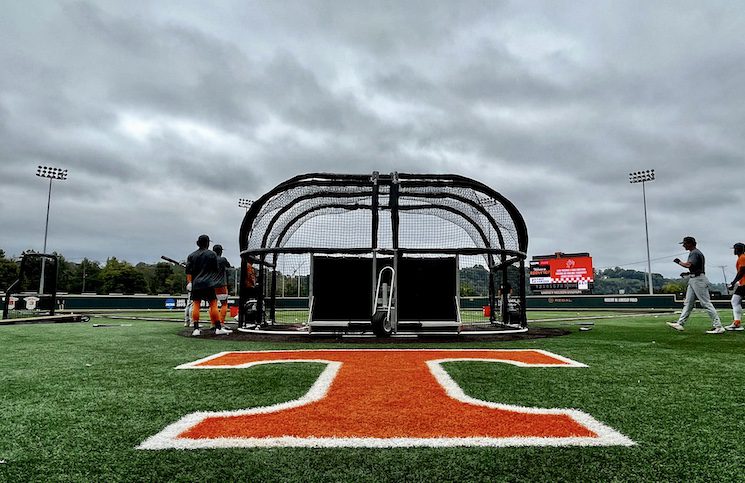 Zach Joyce — the twin brother of Tennessee pitcher Ben Joyce — is joining the Tennessee baseball team for the 2023 season, VR2’s Jake Nichols first reported and a UT spokesperson confirmed Friday morning. Zach committed to Tennessee with his brother out of Walters State after posting a 1.15 ERA in 15.2 innings pitched during […] 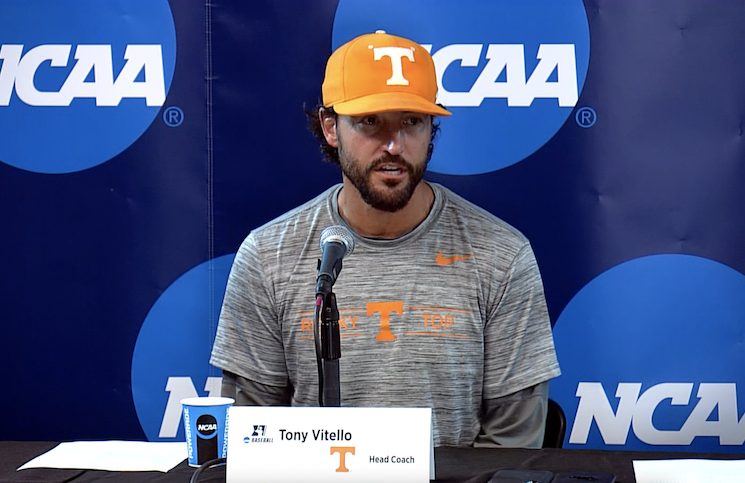 Tennessee fell to Notre Dame in the first game of the Knoxville Super Regional on Friday night by a score of 8-6. After the game, Tennessee head coach Tony Vitello, along with third baseman Trey Lipscomb and relief pitcher Ben Joyce, met with the media to discuss their reactions to the game in Knoxville. The […]

Tennessee and Florida face off for the fourth time this season Sunday afternoon at the Hoover Met. After the Vols swept Florida in Gainesville, the rivals meet with the SEC Tournament Championship on the line. It’s the final game of a chaotic SEC Tournament that’s seen major rain delays and Tennessee play into the early […]

After Tennessee won the first two games of the series, Georgia took Saturday’s series finale at Lindsey Nelson Stadium. Tony Vitello mixed up his weekend rotation as missed opportunities and a huge Georgia seventh inning led to an, 8-3, Bulldog victory. Here’s everything to know about the series finale. Joyce Earns First Start Of The […]

If you haven’t seen it by now, Tennessee pitcher Ben Joyce rewrote the history book on Sunday in Knoxville. During the seventh inning of Tennessee’s win against Auburn, Joyce delivered a 105.5 mile per hour fastball to the plate, thus setting a record for the new fastest pitch in college baseball history. As soon as […]

Joyce’s ‘Historic’ Outing Just The Start For The ‘Volunteer Fireman’

Tony Vitello asked the kids lining the first base line asking for autographs to wait for him as he strolled to the gathered media in the right field following the Vols’, 5-3, series clinching win over No. 19 Auburn at Lindsey Nelson Stadium. “How about Ben Joyce?” Vitello said before his postgame media scrum began. […]

There’s officially a new college baseball record holder in Knoxville, Tennessee. On Sunday afternoon, during Tennessee’s game against Auburn, Tennessee relief pitcher Ben Joyce threw the fastest pitch in college baseball history. While dealing to the Tigers on the mound in the seventh inning in front of a roaring Tennessee crowd, Joyce hauled back and […]