ESPN commentator and former Alabama quarterback Greg McElroy believes the College Football Playoff committee under ranked Tennessee at No. 10 following its loss at South Carolia. While McElroy doesn’t believe Tennessee has any chance of making the playoff, the analyst thinks the Vols should be ranked higher for bowl purposes. ESPN’s Kirk Herbstreit doesn’t see […]

Why Kirk Herbstreit Has Tennessee Over Georgia In His Rankings

ESPN analyst Kirk Herbstreit has been a frequent visitor to Knoxville this season with his appearances on the College GameDay set. The longtime broadcaster will also be on the call for Saturday night’s game against Kentucky, alongside Chris Fowler. Heading into week nine of the college football season, Herbstreit is high on the Volunteers. Herbstreit […]

There has been a worry on social media recently that ESPN’s College GameDay could be moving away from Knoxville this weekend. On Monday, the College GameDay Twitter account removed their posts announcing the location of Knoxville, which led many to speculate whether GameDay was going to stay true to their original announcement or switch things […]

Herbstreit, Pollack discuss x-factor for Vols in matchup with Georgia 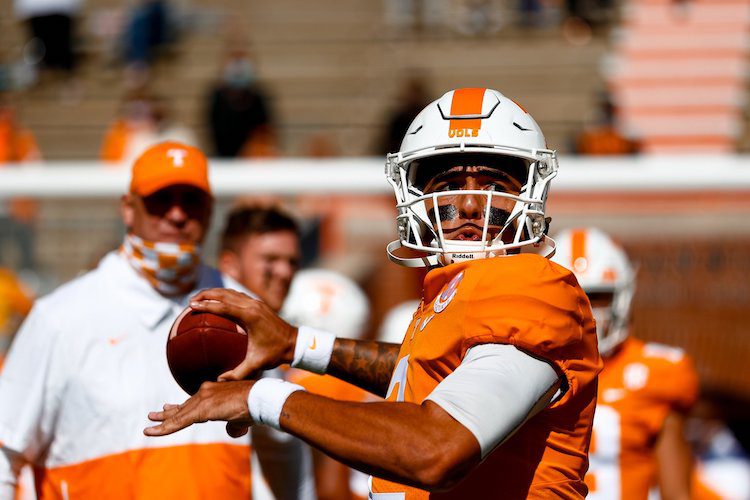 Kirk Herbstreit and David Pollack revealed their x-factor for the Vols in Saturday’s matchup with No. 3 Georgia on their latest podcast episode.

Herbstreit: Vols to be “Alabama’s Toughest Test” to This Point

ESPN’s Kirk Herbstreit has been high on the Vols since they upset Auburn last weekend, and he thinks they’ll be Alabama’s toughest test this season so far.

ESPN analyst Kirk Herbstreit has high hopes for the Vols even after a sluggish Week 1 performance against Appalachian State.

ESPN’s Kirk Herbstreit has some large expectations for the Vols in 2016.

Tennessee’s preseason hype isn’t slowing down anytime soon. This time it was ESPN analyst Kirk Herbstreit who chimed in with his thoughts on the 2016 Vols. Herbstreit joined Paul Finebaum on Friday, predicting a big year for Tennessee. The long-time analyst and commentator said he thinks the Vols could meet Alabama in the SEC title, […]