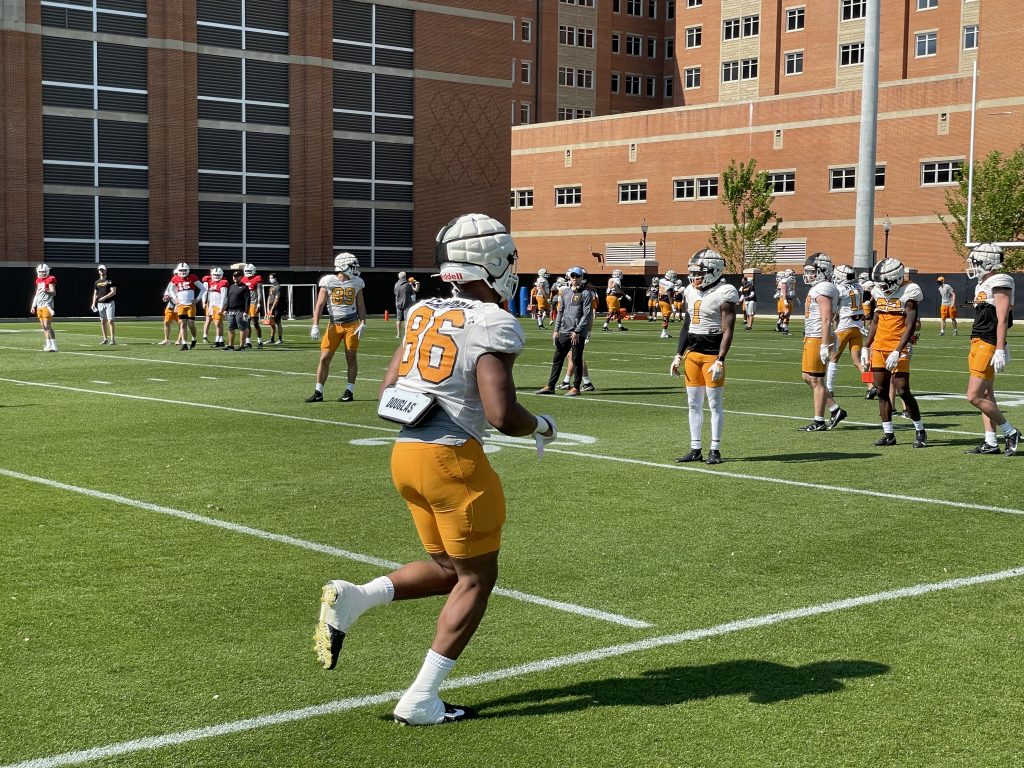 Tennessee hit the field for practice No.12 of the Spring on Thursday afternoon. The Vols were back in pads today, as the offense was working on routes, while the defense worked on ball security and drills. The Vols are preparing for the upcoming O&W game, as they try to make the most of these last […]

Tennessee has announced when its 2021 spring game will be held.

There were plenty of sights and sounds over the course of the weekend for the Orange and White Game, but former Tennessee running back Alvin Kamara might’ve been responsible for the funniest one.

3 Biggest Winners and Losers from Orange and White Game

Some players impressed while others fell behind during the Vols’ Orange and White Game. Here are our biggest winners and losers from Saturday.

Butch Jones said no quarterback has the edge coming out of spring, but Quinten Dormady made a statement of his own on the field Saturday.

Our position-by-position report card from the Vols’ Orange and White spring game.

Here’s what Tennessee head coach Butch Jones had to say after Tennessee’s spring game on Saturday afternoon (via UT sports and information):

5 Observations from the Vols’ Orange and White Game

Our five biggest takeaways from the Vols’ Orange and White spring game.

Tennessee only played one half of its spring game due to inclement weather. But Quinten Dormady led the offense to an impressive performance. The White team defeated the Orange team 44-29 in the abstract scoring system. Circle of Life The game officially got underway with the Circle of Life drill, yet only three points were awarded. […]

The media has been limited in what it can report this spring in terms of injury, but the warmups to the Orange and White Game showed just how many players are banged up heading into the spring game.