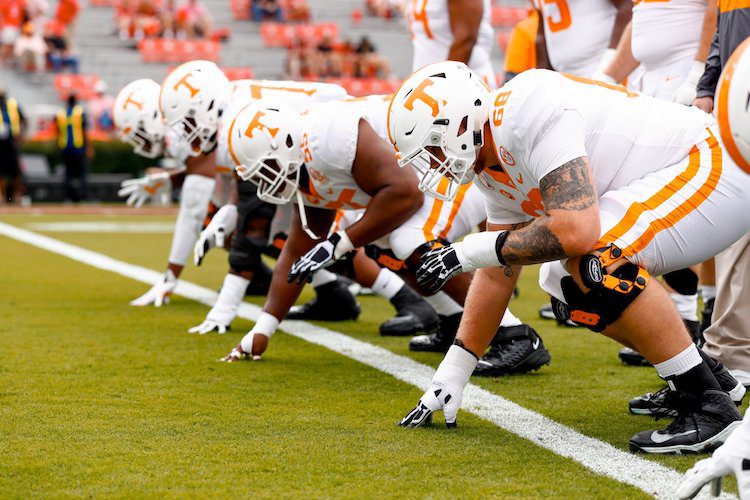 “Should Josh Palmer return next season? Mid-late round guy now but could be a high pick next year.” – Cliff Swaim

Ben: This is a great question because either decision looks like a smart one. Palmer is a future NFL wide receiver, there’s no doubt. I don’t have a great feel for where he would get drafted, but I absolutely think he would be a draft pick in the upcoming draft. Probably a mid-late round guy as you mentioned. So, if he wanted to, he could absolutely leave after this season and be fine. But I also think he would benefit from another year of playing wide receiver at this level because he didn’t start playing football until he got to high school. I don’t know what he should do, but I don’t think either option would be a bad decision.

“How many of Kentucky’s players would start for us? After seeing the talent gap between us and UGA it’s something I’ve been thinking about regarding our opponents” – Warren Snead

Ben: Tennessee definitely has more talent than Kentucky, but there are Wildcats who would start for the Vols or at least compete for a starting position.

Offensively, the running back and offensive line are the positions where Kentucky players may be able to start at Tennessee. Eric Gray and Ty Chandler are great backs, but AJ Rose and Chris Rodriguez are those bigger backs that the coaching staff have been looking for on the recruiting trail. Along Kentucky’s offensive line, I look at left tackle Landon Young, center Drake Jackson and right tackle Darian Kinnard. Wanya Morris, Brandon Kennedy and Darnell Wright are very talented, but Young, Jackson and Kinnard are as good, if not better.

Defensively, I think several Kentucky players would start for the Vols. Up front, defensive tackle Quinton Bohanna would start and so would defensive end Josh Paschal. Then, off the edge, Jamar “Boogie” Watson would start at one of the outside linebacker spots for the Vols. In the secondary, Alontae Taylor and Kelvin Joseph would have a fun battle for the corner spot opposite of Bryce Thompson.

Punter Max Duffy is the only specialist that would start at Tennessee. Duffy won the 2019 Ray Guy Award and was the best punter in college football last season.

“After missing on Mims, although I highly doubt they stop communicating unless he does, where do the Vols turn for the OL?” – Evan Reeves

Ben: Tennessee is pretty set along the offensive line with commitments from William Parker, Colby Smith and J’Marion Gooch, but the Vols still want to add another offensive lineman to the mix. Rod Orr is a Florida State commit that Tennessee will continue to recruit. Florida State being a mess should help in that one. The Vols will continue to recruit Mims, but the likelihood of flipping him is small. Diego Pounds and Dietrick Pennington are other options, but there hasn’t been much traction there lately.

“We keep hearing that JG gives Tennessee the best chance of wining. What does that say about Shrout and Maurer? I know Bailey has been hampered by the unorthodox year but those two have been here for a year or two now.” – Evan Reeves

Ben: It says more about Brian Maurer than it does J.T. Shrout. Shrout has had a nice offseason and really taken a step forward. There would be a level of comfort if he were to have to come into the game. But it definitely says a lot about Maurer, who has been passed up by every quarterback on the roster. He has a long ways to go if he’s ever going to play at Tennessee and that doesn’t seem likely as it appears he’s more interested in attention on social media rather than getting better at the football facility.

“Do you think we could see more 3 ILB sets due to the heavy run offense we expect?” — Laustin675

Ben: Absolutely. Especially against Kentucky. Pruitt has talked about getting all three linebackers — Henry To’o To’o, Quavaris Crouch and Jeremy Banks — on the field at the same time, and this would be the game to do it. Kentucky is extremely one dimensional and the Vols will need all of the run support it can find. The secondary will have to play disciplined football because there will be a time or two where the Cats try to take a shot deep off of play-action, but for the most part, Saturday’s game will be won if Tennessee can slow down the run. To’o To’o, Banks and Crouch being on the field at the same time would go a long ways towards doing so.

“How likely do you think it is that Will Friend and Chris Weinke are on the coaching staff next season?” – RagingIguana

Ben: It’s much more likely Will Friend is on staff than Chris Weinke. There’s been a lot of talk about Will Friend this week and I haven’t quite understood it. Yes, Tennessee’s offensive line did not play well against Georgia, but I thought that was more about the Bulldogs than the Vols. Georgia is just that good. Let’s see how the offensive line looks the remainder of the season and revisit the Will Friend topic.

As for Chris Weinke, it’s a great question. I think it’s a little early in the season to visit that topic as well. I know it’s not a popular opinion, but I do think you’ve seen progression from Jarrett Guarantano this season. Aside from the interception against Georgia, Guarantano has been getting the ball out on time, he’s not missing wide open receivers, and he’s made good decisions with the football. Let’s continue to monitor the situation.