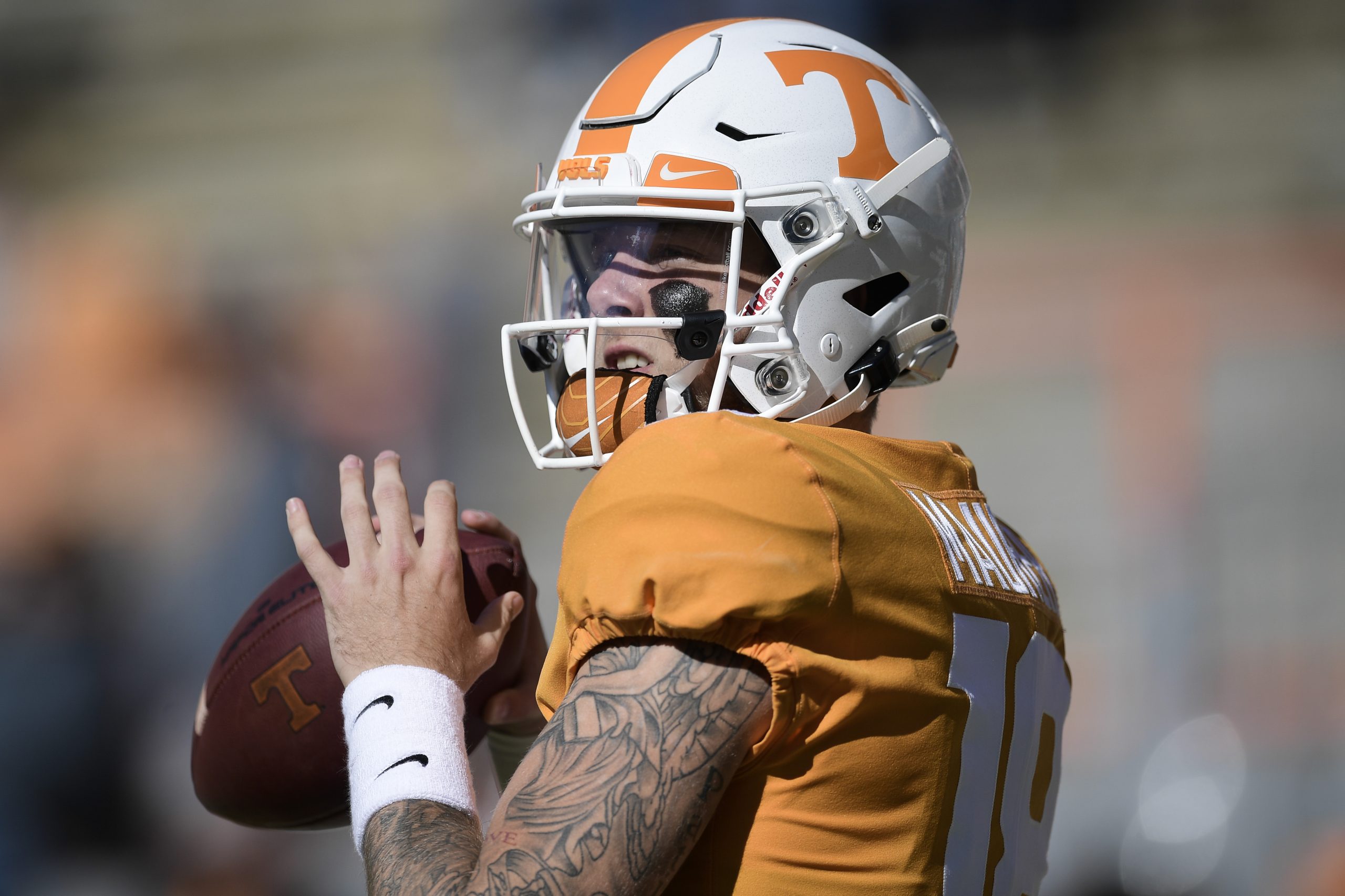 Rumors of Tennessee sophomore quarterback Brian Maurer transferring have been swirling over the last week.

Maurer has posted some eyebrow-raising messages on his Instagram story that could be interpreted as intentions to transfer from the Vols. Despite the mixed-messages, Maurer came out on Twitter following Tennessee’s loss to Kentucky on Saturday and disputed those rumors. He also clarified that a report from a Knoxville radio station reporting that he had entered the transfer portal was false.

“This is false,” Maurer wrote on Twitter. “I’m not giving up on my team mid season.”

I’m not giving on my team mid season this is false https://t.co/sO9XNxVg4d

Maurer has yet to play this season for the Vols. Following the conclusion of Tennessee’s 34-7 loss to Kentucky, every other scholarship quarterback on Tennessee’s roster has played this season. Jarrett Guarantano has played in all four games, while JT Shrout and Harrison Bailey made their season debut against the Wildcats.

“Brian missed most of all camp,” Vols head coach Jeremy Pruitt said following the loss to Kentucky. “He had a hamstring, he was in quarantine. So he didn’t get many reps there. That put him behind and he understands that and he’s trying to catchup.”

Maurer appeared in eight games as a true freshman last season and started four of those contests. He completed 35-of-75 passes for 541 yards and two touchdowns, while throwing five interceptions. Maurer finished with 56 rushing yards and two rushing touchdowns.

Following their loss to Kentucky, the Vols now turn their attention to No. 2 Alabama. Kickoff with the Crimson Tide in Neyland Stadium next Saturday is scheduled for 3:30 p.m. ET on CBS.