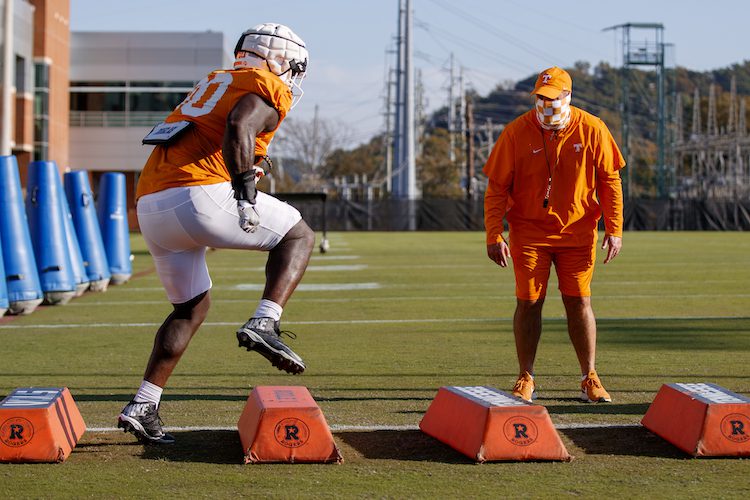 It’s been quite the week for Tennessee’s defensive line room.

Pruitt announced that he would be taking over as defensive line coach for the remainder of the season in the midst of explaining his decision to fire Brumbaugh. Apparently Pruitt’s decision is already paying off.

“Well, we’ve probably had our best three practices of the year from the defensive front up there,” Pruitt told reporters over Zoom following Wednesday’s practice. “If you look at the group all together, Matt Butler and (LaTrell) Bumphus have had an opportunity to work multiple spring practices on the D-line. A lot of these other guys have not, and so they’ll continue to get better.

“We got to play with more toughness, more effort. Got to be able to play on the other side of the line of scrimmage. We have not created a lot of negative plays with our front that we need to. We need to get more pressure up the middle without having to bring pressure. We’ve got a huge challenge this week with the guys that they’ll be playing in front of, so it’s a great opportunity for them.”

Tennessee’s defensive line will have the quite the test in its first game without Brumbaugh. With Pruitt in charge up front, the unit will square off with Alabama’s offensive line, which is viewed by many as the best offensive line in the entire country.

Kickoff from Neyland Stadium this Saturday between the Vols (2-2) and second-ranked Crimson Tide (4-0) is scheduled for 3:30 p.m. ET on CBS.