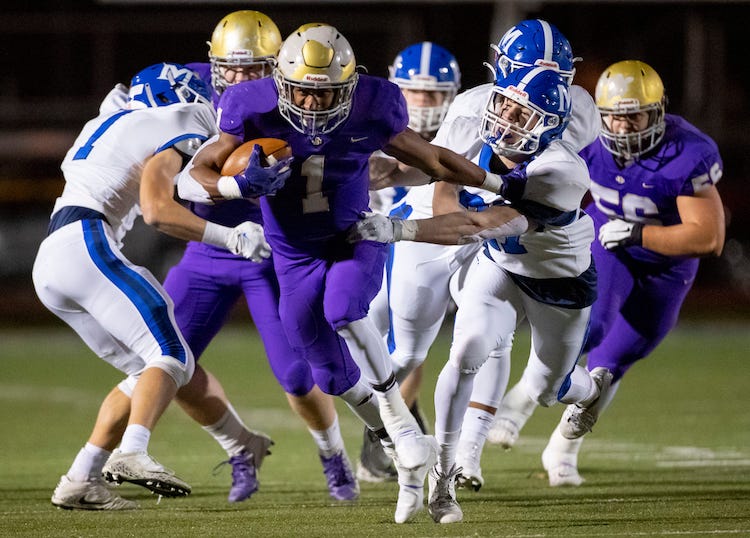 Tennessee has made the top four for 2022 four-star legacy athlete Dallan Hayden, he announced on Twitter New Year’s Day. Ohio State, Notre Dame and Oregon joined the Vols on his list of top four schools.

“Blessed to be in this position,” Hayden tweeted out. “Happy New Year everyone.. #Buckeyes, #FightingIrish, #Scoducks, #GBO.”

Blessed to be in this position🙏🙏. Happy New Year Everyone.. #Buckeyes🌰🌰#FightingIrish🍀#Scoducks🦆 #GBO🍊 pic.twitter.com/wQ49F0godx

Hayden is ranked as the No. 252 overall player in the country according to the 247Sports composite rankings. He ranks as the 25th-best running back and the eighth-best player in the state of Tennessee.

The 5-foot-11, 195 lbs. athlete out of Christian Brothers in Memphis, Tennessee is the son of former Vols and NFL running back Aaron Hayden. The older Hayden ran for over 2,000 yards over his four years at Tennessee from 1991-94. He was drafted in the fourth round of the 1995 NFL Draft by the San Diego Chargers.

The younger Hayden rushed for 2,010 yards on 232 carries this past season as a junior to go along with 24 touchdowns. Hayden averaged 8.7 yards per carry and rushed for at least 200 yards in the first seven games of the season. He won Tennessee’s Division II-AAA Mr. Football Award last month as a result of his performance.

Tennessee initially began recruiting Hayden as a defensive back. But following his breakout season as a running back, there have been more conversations about him playing running back with the Vols.

UT signed three running backs from the class of 2021 during the early signing period in junior college running back Tiyon Evans, four-star Cody Brown from Georgia and three-star Jaylen Wright from North Carolina.