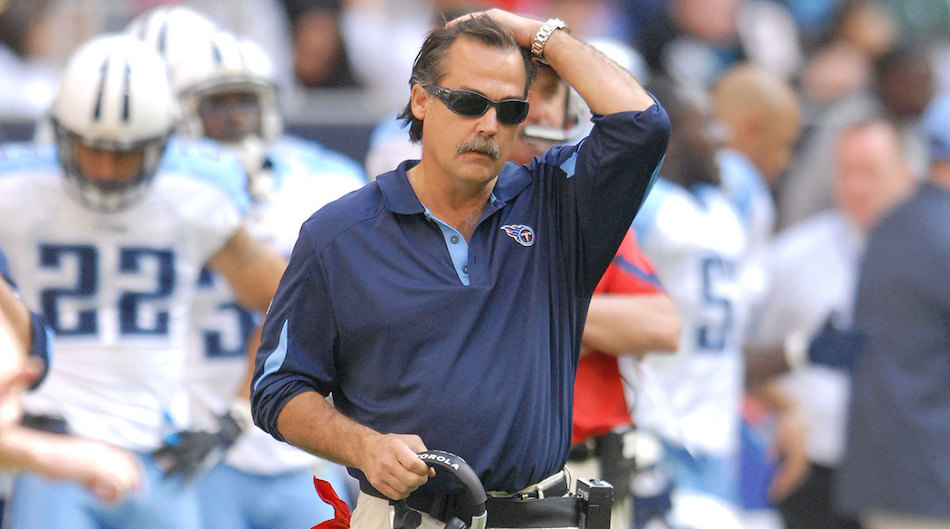 Jeff Fisher has been out of coaching for the past four seasons. If Tennessee’s head coaching job opened up, however, the 22-year NFL head coach would be interested in being the next coach of the Vols.

“If for some reason Coach Pruitt is no longer the head coach at the University of Tennessee, yes I would have a great deal of interest in that program,” Fisher said in an interview on The George Plaster Show.

The show also tweeted out that Fisher stated he has respect for the Tennessee job and that he respects Jeremy Pruitt, but if the job were to come open he would have substantial interest.

On potential interest in the University of Tennessee head coaching job @CoachJeffFisher says,

“If for some reason Coach Pruitt is no longer the head coach at the University of Tennessee, yes I would have a great deal of interest in that program.”

Fisher last coached in 2016 for the Los Angeles Rams. He was the head coach for the Rams for five seasons and went 31-45-1 from 2012-2016 while helping the organization transition from St. Louis to Los Angeles.

Prior to his time with the Rams, Fisher served as the head coach of the Houston Oilers/Tennessee Titans for 17 seasons. He went 142-120 during his time with the organization. His most successful season was in 1999, when he led the Titans to the franchise’s first and only Super Bowl appearance, which ended in with a close loss to the Rams.

Fisher holds the record for the most regular-season losses by an NFL head coach at 165. Despite compiling a winning record as a head coach, Fisher only had six winning seasons and postseason appearances in over two decades in the NFL.

The Culver City, California native played college football at USC from 1977-80. Fisher and the Trojans won a national championship during the 1978 season, and in 1980 he was honored as a Pac-10 All-Academic selection.

Fisher was drafted in the seventh round of the 1981 NFL Draft by the Chicago Bears. He appeared in 49 games as a defensive back and return specialist in his five seasons with the Bears. An ankle injury prematurely ended his playing career.