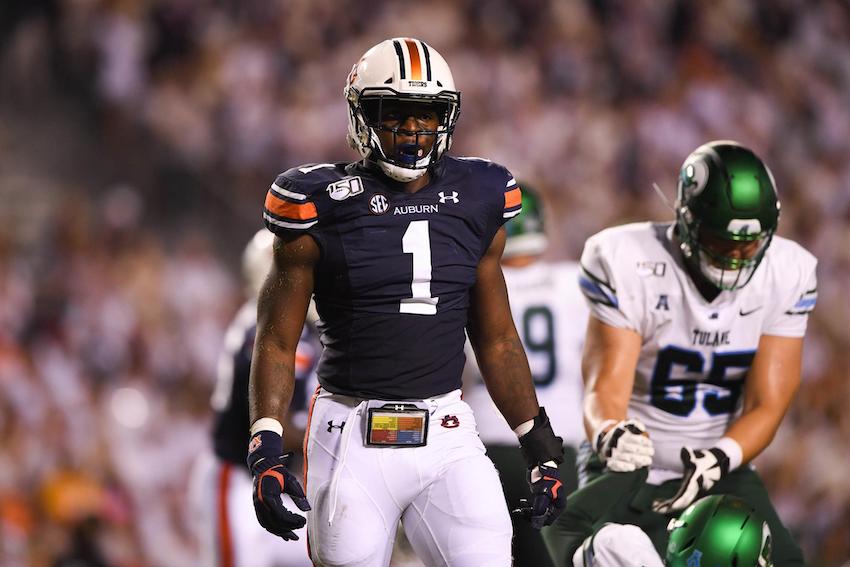 “Your leadership and guidance has gotten me to where I am today,” Bryant said on Twitter. “Blessed with the opportunity to play on the same field with you again (Shelton Felton)! Once my coach, always my coach. #COMMITTED”

Bryant played under Felton, Tennessee’s outside linebacker’s coach, at Crisp County High School in Cordele, Georgia. The duo led Crisp County to the Georgia Class 3A semifinals as Bryant was named the Class 3A Defensive Player of the Year. 102 tackles, 36.5 tackles for a loss and 15.5 sacks as a senior landed him on the Georgia All-State team and on the Under Armour All-America Game roster.

The 6-foot-5, 250-pounder was ranked as a four-star and the No. 189 overall player in the country according to 247Sports’ composite rankings. Bryant was viewed as the 14th-best weakside defensive end, as well as the 18th-best player in the state of Georgia.

Bryant recorded 17 tackles, 3.0 tackles for loss and 2.0 sacks this past season during Auburn’s 10-game conference-only schedule. He recorded an interception against LSU before tallying four tackles, a tackle for loss and a sack against Tennessee, which was his best game of the season statistically.

He had 16 tackles, 2.0 tackles for loss and nine quarterback hurries in 2019 for Auburn. The highlight of his season came in the season-opener when he picked up a fumble and returned it 83-yards for a touchdown against a ranked Oregon team.

The addition of Bryant is key to a Tennessee defense who lost both starting outside linebackers going into the offseason when Kivon Bennett was dismissed from the team and Deandre Johnson transferred to Miami.