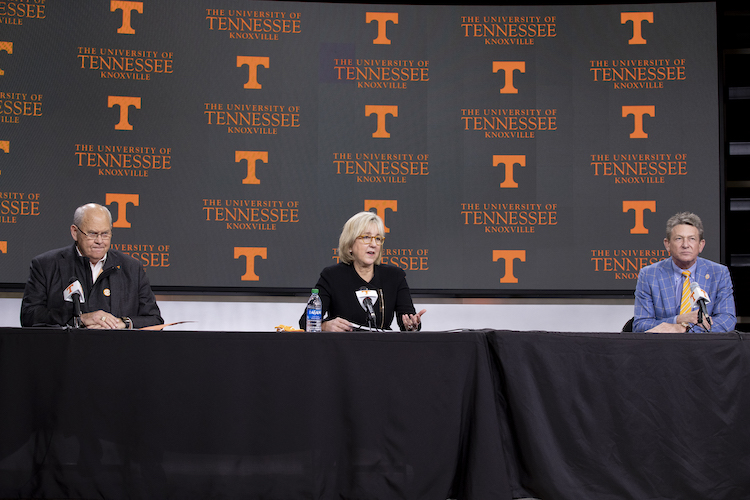 Tennessee fired head football coach Jeremy Pruitt on Monday afternoon after three seasons in charge of the program. In addition, UT announced that Athletic Director Phillip Fulmer’s will retire once Pruitt’s successor has been named.

Pruitt was fired with cause for alleged NCAA violations under his watch, meaning Pruitt’s buyout of $12.8 million will not be paid. The buyout for Pruitt and his staff as a whole is $18.6 million. The 46-year-old signed a contract extension just before the season began that extended his contract through the 2025 season. Pruitt’s salary was set to increase to $4.2 million beginning in 2021.

The decision comes on the heels of an investigation into the program and a disappointing 3-7 season. Tennessee lost seven of its eight games after beginning the season 2-0. Each loss this season was by double-digits and UT lost five home games by an average of 22 points.

University of Tennessee Chancellor Donde Plowman, President Randy Boyd and Fulmer held a press conference later in the afternoon to discuss the change in leadership. You can listen to everything Plowman, Boyd and Fulmer had to say here: