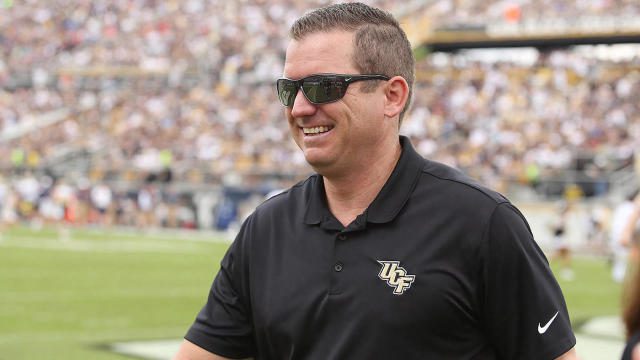 The University of Tennessee announced on Thursday afternoon that UCF’s Danny White will replace Phillip Fulmer as athletic director.

“I am thrilled to be headed to Knoxville and to a university with a great competitive tradition and a spirited and devoted fan base,” White said in a statement released by Tennessee. “Volunteer fans have an expectation to win, and my first task will be taking on the search for a new head football coach. But I want all Vols to know that I am deeply committed to excellence in all of our athletic programs.”

“Danny White is an innovative leader in college athletics with a strong track record in recruiting and developing leaders,” UT chancellor Donde Plowman said. “He brings the combination of winning attitude, competitive drive, and dedication to integrity and academics that we are looking for.”

“We undertook this search with urgency and found strong interest from a robust candidate pool, enabling us to act quickly and with great confidence. I’m proud to say we found our leader, and I’d like to thank President Boyd, our trustees, and our staff for their support and hard work.”

White signed a new five-year contract extension in March that included a bump in annual pay ($1,081,500) to make him the highest paid AD at a public school in the state of Florida. His contract states that he would owe $2.5 million before May 11, 2021 if he were to leave. The agreement ran through 2025.

“Danny White is a great fit for the programs we are building at Tennessee,” UT System President Randy Boyd said. “He combines a strong vision for competitive excellence with a deep commitment to winning with integrity. The greatest decade in UT Athletics begins now.”