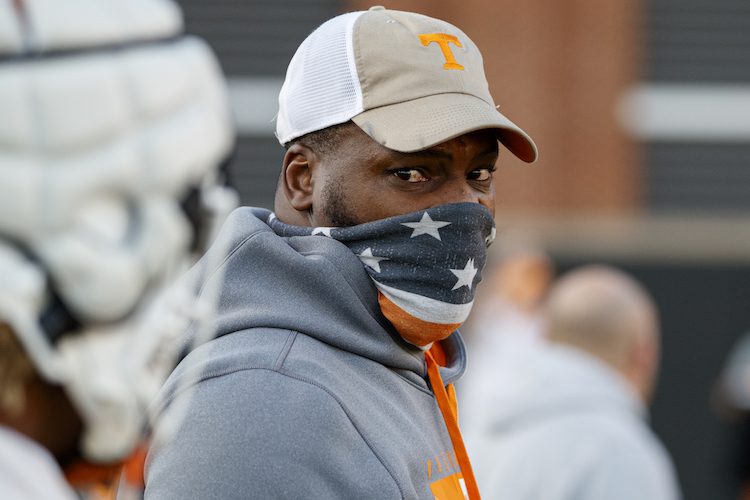 Tennessee running backs coach Jay Graham has reportedly accepted a job at Alabama, according to a report from Tim Watts of Bama Online. Graham is expected to be the Crimson Tide’s special teams coordinator and tight ends coach.

The former Vol ran for Tennessee from 1993-1996. Graham rushed for 1,438 yards in 1995, the second-most in a single season ever by a Vol, collecting a school-record 11 100-yard games and scoring 12 touchdowns along the way that year. He earned All-SEC second-team honors that season, as well as 1996, leading Tennessee in rushing both seasons. Graham ranks second in school history with 14 career 100-yard games.

Graham played professionally following his Tennessee career. He was drafted in the third round of the 1997 NFL Draft by Baltimore and went on to play six years in the NFL for the Ravens, Packers and Seahawks.

After his playing career was over, Graham returned to Knoxville to serve as a graduate assistant in 2005 before moving on to UTC to be the running backs coach in 2006. He then moved on to stints at San Diego State, UT Martin and Miami (OH) before landing his first SEC job at South Carolina from 2009-2011.

White announced the hiring of UCF’s Josh Heupel to be the next head football coach of the Vols on Wednesday afternoon. Heupel is the 27th head coach in the history of Tennessee’s football program.