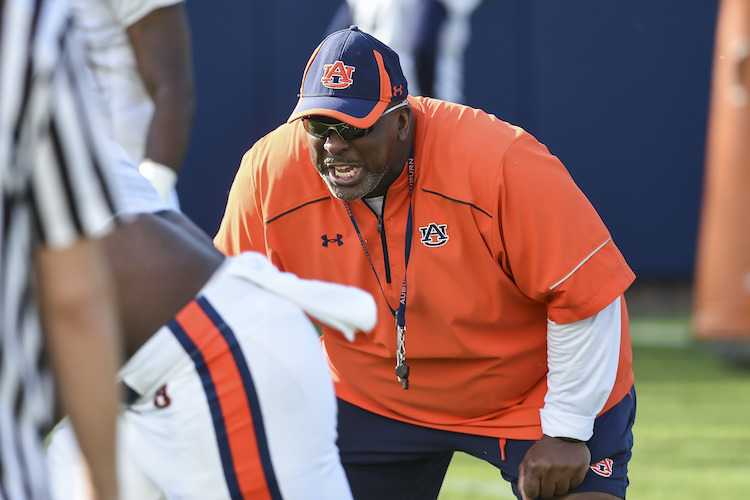 Tennessee has finally hired a defensive assistant, as according to a report from Pete Thamel, Josh Heupel has hired longtime SEC assistant Rodney Garner to be his defensive line coach.

Sources: Tennessee is hiring Rodney Garner as the defensive line coach. He was last at Auburn and brings extensive SEC experience, including stints at Georgia and Tennessee.

The addition of Garner comes after Heupel reportedly completed his offensive staff earlier in the afternoon by hiring Rice offensive coordinator Jerry Mack to be Tennessee’s new running backs coach.

Garner is the first addition to Heupel’s defensive staff as he has yet to hire a defensive coordinator. He was a standout defensive lineman at Auburn and has gone on to be one of the most well-respected defensive line coaches in the SEC, where he has spent his entire 31-year coaching career.

A native of Leeds, Ala., Garner was named all-SEC and honorable mention All-America as a senior at Auburn in 1988, captaining the team that captured the SEC title. Garner served on the Auburn coaching staff from 1990-95 as recruiting coordinator, tight ends coach, and assistant strength and conditioning coach.

During his 15 seasons at Georgia, he was part of a staff that led UGA to 117 victories, two SEC Championships, five SEC Eastern Division titles, seven bowl victories and six Top 10 finishes in the final polls, including No. 2 in 2007 and No. 3 in 2002. He added the title of assistant head coach at Georgia in 2005 after serving as defensive line coach and recruiting coordinator there since January, 1998.

After his playing career at Auburn, Garner had a free agent tryout with the NFL’s Tampa Bay Buccaneers and played with the Pittsburgh Gladiators arena football team in 1989. He began his coaching career at Auburn in 1990. Garner coached tight ends and offensive tackles at Tennessee in 1997 after coaching tight ends for the Volunteers in 1996.

Garner is the cousin of basketball great Charles Barkley.