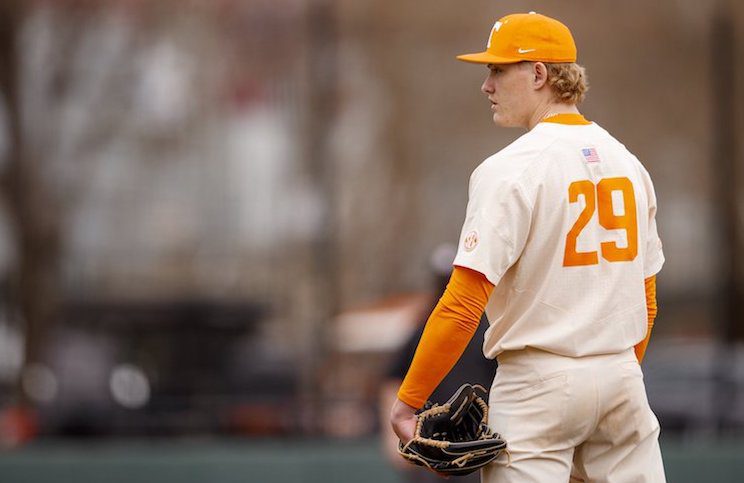 Tidwell earned the honor after posting a 10-3 record and 3.74 ERA as a weekend starter throughout his first collegiate season.

The 6-foot-4, 200 pound pitcher impressed with a mid to high 90s fastball and a strong slider.

After a rough stretch to open SEC play, Tidwell got in a groove developing into Tennessee’s best starting pitcher.

In his last seven starts before the NCAA Tournament, Tidwell posted a 2.23 ERA while striking out 29 batters in 32.1 innings pitched.

With Will Heflin out of eligibility and redshirt-junior Chad Dallas likely bound for professional baseball, Tidwell will be the only returning weekend starter on the 2022 Vols. The highly touted freshman is likely to develop into the Vols Friday night starter.

The next two days of the MLB Draft and the subsequent decisions on whether to go pro or to college will have a major impact on who follows Tidwell in the Vols’ weekend rotation.

Tidwell is spending his summer competing in the Team USA Collegiate Baseball scrimmages across Appalachia. In his last start, Tidwell retired all nine batters he faced.