It was a rainy morning in Knoxville, but that didn’t keep Tennessee from hitting the field inside Neyland Stadium for their last scrimmage of fall camp. As the Vols head into the final two weeks of position battles, while preparing for their opener with Bowling Green, the focus has been on consistency and earning the coaching staff’s trust.

After scrimmaging in a downpour, Josh Heupel met with the media to discuss what he saw on the field, as reps are starting to get cut. When talking about the ongoing quarterback competition, Heupel was pleased with what he saw from all three.

“There really weren’t a ton of turnovers last week,” Heupel said to the media on Tuesday. “The weather really had very little effect, for the most part. I thought the quarterbacks handled the weather (and) were able the throw the ball efficiently and effectively. I thought our wide receivers did a pretty good job. (We) didn’t have any center-quarterback issues. It was really pretty good.” 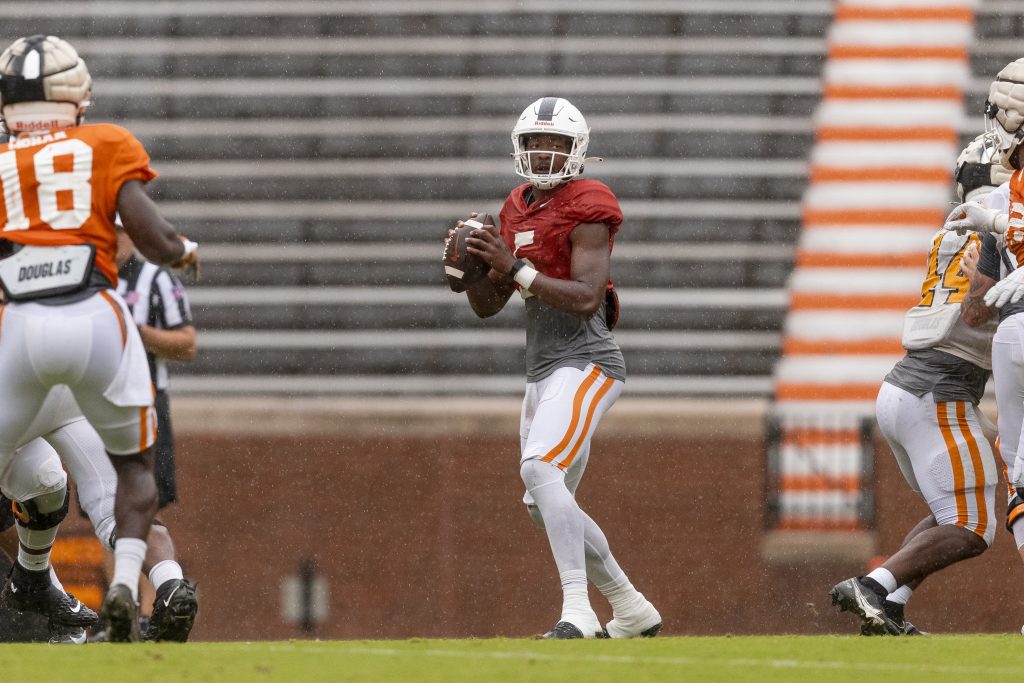 Having Joe Milton, Harrison Bailey, and Hendon Hooker battle for the starting job has meant a lack of quality reps for any individual with the 1st team. The distribution seemed to be cleared up a little on Tuesday, as the pecking order is starting to come together. Even though Josh Heupel won’t discuss it, I wouldn’t expect this battle to carry on until the Wednesday before Bowling Green.

But in the meantime, Heupel will be busy breaking down film and deciding how to go about the rest of fall camp at the position, as he mentioned today.

“I thought we really functioned at a pretty high level on that side of the football,” Heupel said. “Now, I got to continue to see those guys compete. Obviously, we’ll go back later today and have an opportunity to watch the scrimmage. I think those guys have all continued to grow during the course of this three-day block before we got into our scrimmage today.”

As for making the final decision on a starting quarterback, Heupel isn’t budging on when that would be, which he explained, half-jokingly.

“When we see separation, we are ready to say something. I’ll come back here and do that,” said Tennessee’s head coach in the press conference Tuesday. “That group has continued to compete and handle things the right way, and I like the growth of that group from day-to-day. You just look from the first scrimmage to the second scrimmage who they are, and over the course of the practices leading up to today, that group is continuing to trend in the right direction.” 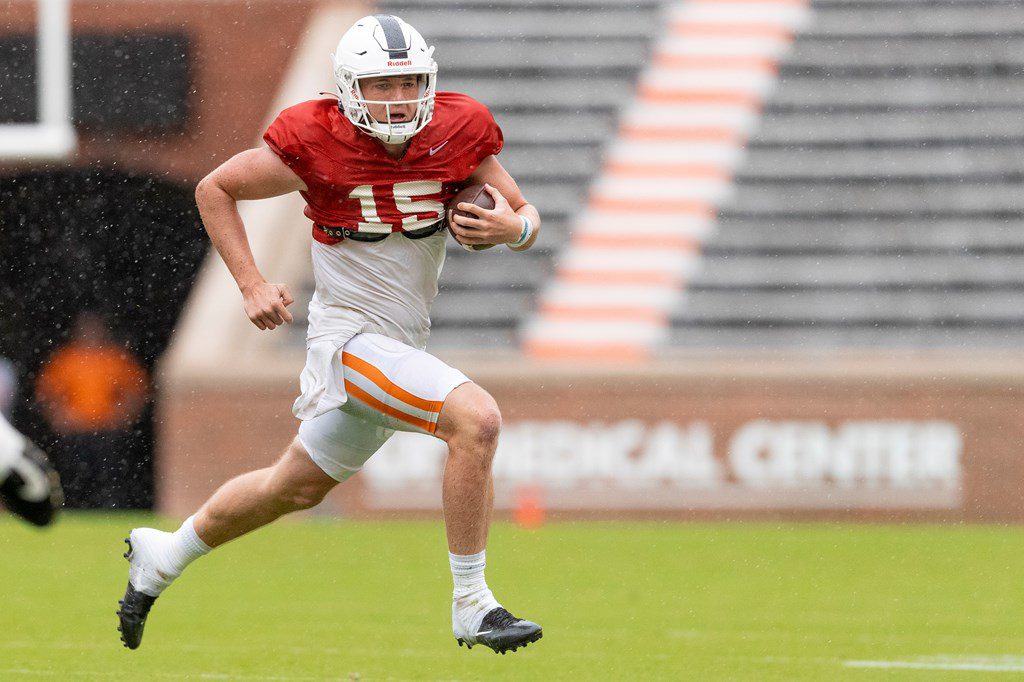 Tuesday’s scrimmage was about seeing what certain players can do when put in challenging situations. It’s about building that trust and the coach knowing he can count on you during a game, which Heupel mentioned Tuesday.

“It’s about guys that you trust at this point that are going to go out and compete the way that you want them to,” Heupel said on Tuesday. “I’m just talking about effort. Then the ability to reset play to play, guys who understand their alignments, assignments and can communicate out there on the football field. It’s never just about 11 guys. It’s about as many guys that are going to prove they can play at a high enough level to go win and finding roles for those guys – and that’s offense, defense, and special teams. Today is probably our last major scrimmage, but it’s not the last piece of their development before we go out and play. We’ve got to continue to push as we lead up to kickoff.”

So, now we wait to see which reps get cut and how this team responds to practice. In addition, Tennessee students will begin their fall classes this Wednesday.

As for the quarterbacks, I am sure they’d like to know sooner rather than later. But, who’s to say they already don’t know.