M’Pemba ranks as the No. 16 player and No. 2 athlete in the country according to the 247sports composite rankings.

The 6-foot-4, 230-pound athlete is an interesting position debate. Most recruits listed as athletes are typically figuring out whether they’re going to play receiver or defensive back, or offensive or defensive line or perhaps running back or linebacker.

However, with his massive build, M’Pemba plays both receiver and defensive end at the high school level. At 230 pounds, M’Pemba could slim down and be a physical outside receiver that thrives in Josh Heupel’s offense or put on weight and be a dynamic pass rusher. 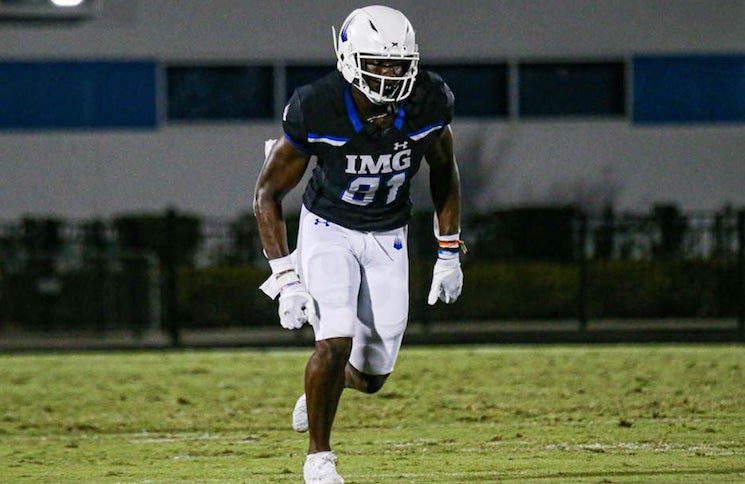 M’Pemba is a St. Louis native but plays his prep football at Florida powerhouse IMG Academy. The Vols have been extremely active recruiting IMG Academy athletes this recruiting cycle.

Tennessee has been trending for highly touted receiver Carnell Tate ever since quarterback Nico Iamaleava committed to the Vols back in March. Heupel and his staff are also pushing hard for five-star offensive lineman Francis Mauigoa who is making his first visit to Knoxville this weekend.

Tennessee is also in the top four for receiver Devin Hyatt— the brother of Vols’ receiver Jalin Hyatt.

While M’Pemba hasn’t released a top group, the highly touted athlete has been active taking visits consistently in 2022. M’Pemba visited Florida, Missouri, Michigan, Notre Dame and Miami in March, Florida and Georgia in April and also has a return visit planned to Notre Dame in June.