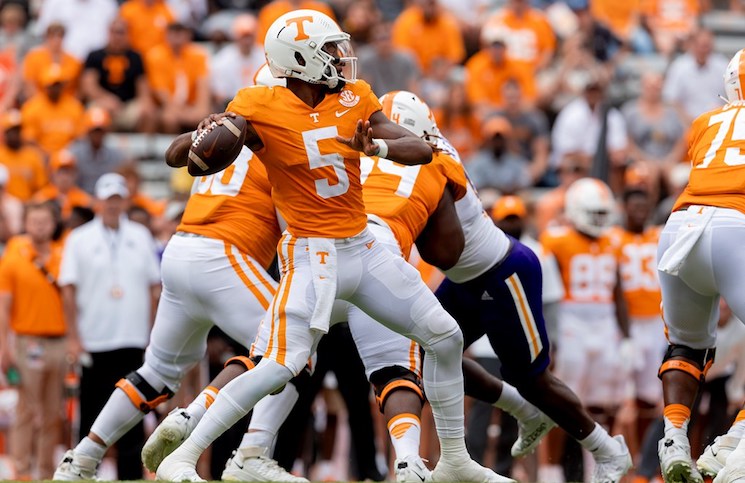 The Vols now have six uniform combinations after announcing plans to bring back the “Smokey Grey” uniforms this offseason.

At home, Tennessee can wear its classic home uniforms, its orange jerseys and orange pants as well as the “Smokey Grey” and “Dark Mode”. On the road, the Vols can wear their all white “stormtrooper” uniforms or wear white jerseys on orange pants.

More From RTI: Josh Heupel Describes One Of The Best Moments Of His Career

Tennessee was 3-0 last season while wearing the classic home uniforms they will wear against Ball State. The Vols were 1-2 in the all orange uniforms, 1-1 in the dark mode uniforms, 1-2 in its all white “stormtrooper” uniforms and 1-1 in its white jerseys on orange pants.

Tennessee last wore its “Smokey Grey” uniforms in a blowout loss against Georgia in 2017. The Vols wore the jerseys a year prior in wins over Florida and Nebraska.

Ball State has yet to announce its uniforms for Thursday night’s matchup.

Tennessee kicks off its 2022 season Thursday night against Ball State. Kick off from Neyland Stadium is at 7 p.m. ET. The SEC Network will broadcast the game with Tom Hart, Jordan Rodgers and Cole Cubelic on the call.