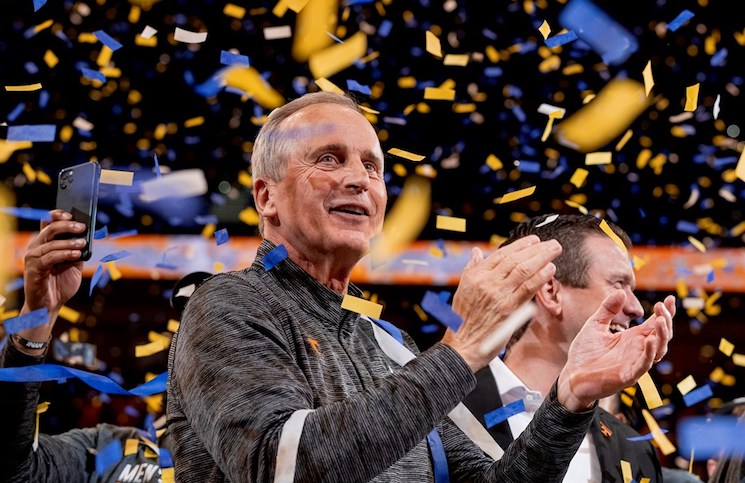 “They’ve been there pretty much from day one,” Estrella said during his announcement. “They were my third offer. They’ve just been there for me throughout this whole thing. I talk to them, their staff, almost daily. Facetime calls, calls, texts. They do the same thing to my parents. They text them every day and call them every day. The relationship I’ve built with them is just something you couldn’t even ask for.”

All three are strong pieces that fit Rick Barnes and his program’s system well. They are also three of Tennessee’s first targets in the 2023 cycle.

Phillips visited Knoxville twice in 2021 before committing to Tennessee in May. The Vols were one of the first programs to offer both Dilione and Estrella before their recruitments blew up this spring. That certainly paid dividends in Tennessee outlasting other strong programs to land their commitments.

Tennessee’s recruiting class ranks No. 8 in the country and No. 2 in the SEC according to the 247sports rankings.

The Vols have the No. 11 class in the country and No. 3 class in the SEC according to the On3 rankings. Despite Auburn having just one four-star commit, the Tigers’ 2023 class ranks one spot ahead of Tennessee.

Auburn commit Aden Holloway is On3’s No. 31 player while Tennessee commit Dilione is the No. 32 player and Estrella is the No. 37 player.

Phillips is the lone three-star in the class, dropping in the rankings since committing to the Vols. The Alabama native is the No. 135 player in the country.