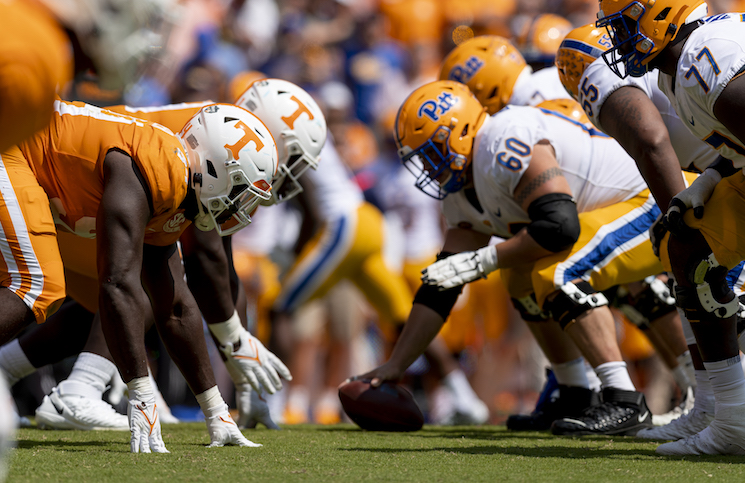 Tennessee and Pittsburgh each got their seasons started on Thursday night and are now in the midst of their nine days of preparation for round two of the Johnny Majors Classic.

The Vols opened as 4.5-point favorites over Pitt Friday night according to FanDuel. The inaugural over/under is set at 59.5.

Tennessee is looking for revenge after falling to Pitt, 41-34, in round one of the Johnny Majors Classics last September in Knoxville.

The week two matchup of the 2021 season proved to be Hendon Hooker’s coming out party after replacing an injured Joe Milton III early in the second quarter. Hooker impressed in the come back effort but a critical fourth quarter interception — one of three he threw on the season — ended Tennessee’s comeback bid.

Tennessee opened its season with a, 59-10, blowout victory over Ball State Thursday while Pitt outlasted arch rival West Virginia, 38-31, in the return of the backyard brawl.

The Panthers trailed by seven points midway through the fourth quarter but a game tying touchdown and a go-ahead pick six lifted the Panthers to the win. Despite the come from behind victory, Pitt failed to cover the 7.5-point spread while the over hit.

Tennessee covered the 35.5-point spread against Ball State while the 66.5-point over hit.

Kick off between the Vols and Panthers is at 3:30 p.m. ET Saturday at Pitt’s Acrisure Stadium.