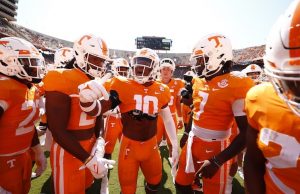 After successfully defeating Ball State by a score of 59-10 in the season opener last Thursday, the Tennessee Volunteers football team has made a drastic jump up in ESPN’s Football Power Index rankings.

It is important to note that the FPI rankings are not the AP rankings nor have an effect on the AP rankings. Instead, according to ESPN, the FPI is a “measure of team strength that is meant to be the best predictor of a team’s performance going forward for the rest of the season. FPI represents how many points above or below average a team is. Projected results are based on 20,000 simulations of the rest of the season using FPI, results to date, and the remaining schedule.”

Tennessee began the season as the No. 25 team in ESPN’s FPI rankings.

Now, entering the second week of the season, Tennessee has made the leap all the way up to No. 10 in the rankings.

After starting the season with an FPI rating of 9.7, Tennessee now has a rating of 14.8. Additionally, after originally projecting Tennessee’s record of 7.1-4.9 (essentially 7-5), ESPN’s algorithm has now improved their regular season record projection to 7.9-4.1 (essentially 8-4).

Aside from the FPI rankings, Tennessee did crack the Top 25 in the AP polls for the first time in the Josh Heupel era this week. No. 24 Tennessee’s matchup with No. 17 Pittsburgh now becomes Heupel’s first ranked showdown in orange. 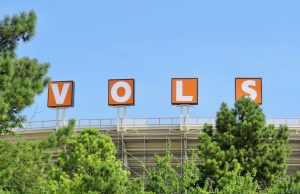