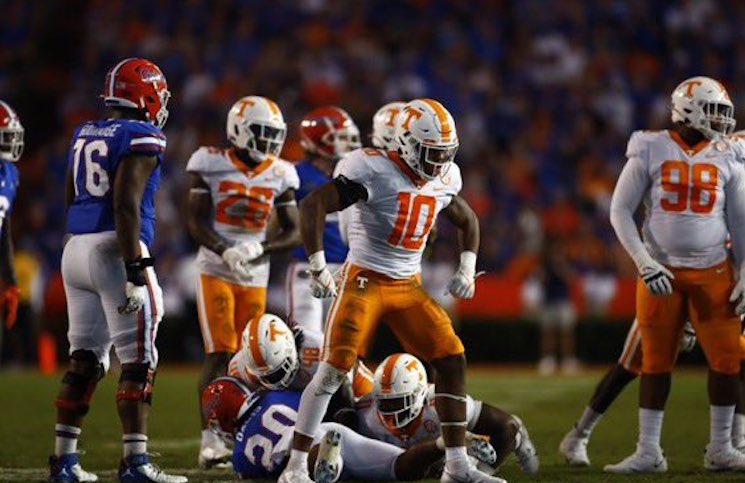 Tennessee’s football team has been mostly healthy through two games this season. However, the Vols have been without a pair of co-starters in the first two games of the season.

Co-starting linebacker Juwan Mitchell as well as co-punt returner and back up cornerback Dee Williams haven’t played yet this season.

Meeting with the local media Thursday, Tennessee coach Josh Heupel expressed optimism that the duo would be able to suit up for Saturday’s matchup with Akron.

“Hopeful that we’ll have both those guys on Saturday,” Heupel said. “We’ll see tomorrow and Saturday where those guys are at and their availability for the football game.”

Tennessee hasn’t specified whether Mitchell and Williams have been out with injuries or for other reasons, just that both were “unavailable” against Ball State and Pitt.

Mitchell is in his second year with the Volunteer program, transferring from Texas ahead of the 2021 season. Mitchell was high on Tennessee’s linebacker depth chart entering Heupel’s first season, making eight tackles in three games before undergoing season ending surgery.

The Texas transfer has talent — recorded 62 tackles in 2020 at Texas — but has yet to play his best football in Knoxville.

Williams transferred to Tennessee from junior college, arriving in Knoxville for spring practice. The shifty athlete will certainly make an impact on specials teams once he arrives. What his role on defensive will be in to be determined.

Kick-off between the Vols and Zips is at 7 p.m. ET with the game streaming on the SEC Network Alternate Channel and ESPN+.