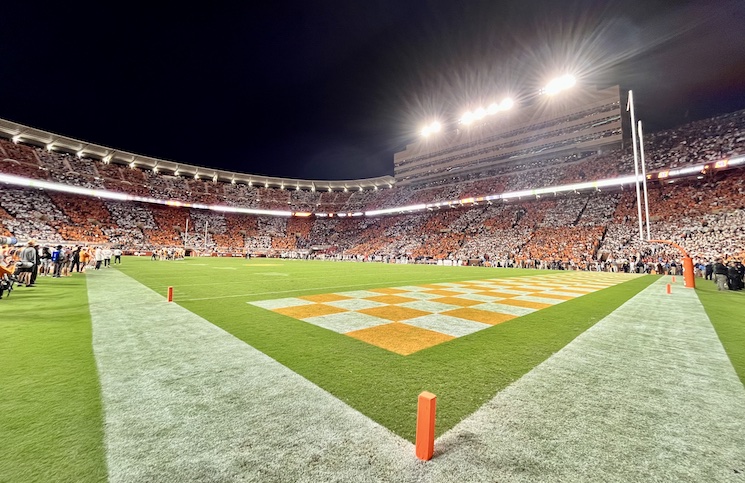 Checker Neyland is back.

Tennessee is checkering Neyland Stadium for the sixth time in this Saturday’s matchup against Florida.

Fans in each section of Neyland Stadium will wear either orange-or-white clothing to make the stadium reflect the Shield-Watkins Field end zone design.

To find out what to wear, enter your ticket information here.

Tennessee enters the matchup against Florida 3-0— the program’s best start to the season since 2016. The Vols are in the nation’s top 15 after a strong week two win over then-No. 17 Pitt and lopsided victories over outmatched Ball State and Akron.

Florida is 2-1, earning a statement victory over then-No. 7 Utah before falling at home to Kentucky and narrowly escaping South Florida Saturday night. The Gators used a fourth quarter touchdown to take the lead before a USF field goal missed wide right to end the game.

Kick off between the Vols and Gators is at 3:30 p.m. ET. Brad Nessler and Gary Danielson are on the call for CBS’ SEC Game of the Week.