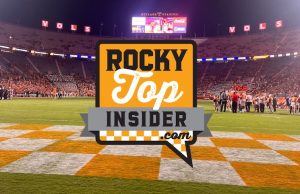 No. 15 Tennessee is now 3-0 to start the season after a 63-6 beatdown of Akron on Saturday night in Knoxville.

In front of a sold-out 101,915 spectators, Tennessee handled business against a team they should have. The Vols’ offense racked up nearly 10 touchdowns and 700 yards of offense on Saturday as the Zips looked overwhelmed and outmatched throughout the contest.

After the game, RTI hosts Ryan Schumpert and Ric Butler broke down their postgame thoughts on the Rocky Top Insider instant reaction show. The guys discuss Tennessee’s big offensive day and Jalin Hyatt’s role in it, as well as Jaylen Wright’s ground production. They also talk about the in-game injuries to Cedric Tillman and Jabari Small and how necessary those guys are going to be next week against Florida.

Check out the RTI Instant Reaction show below: