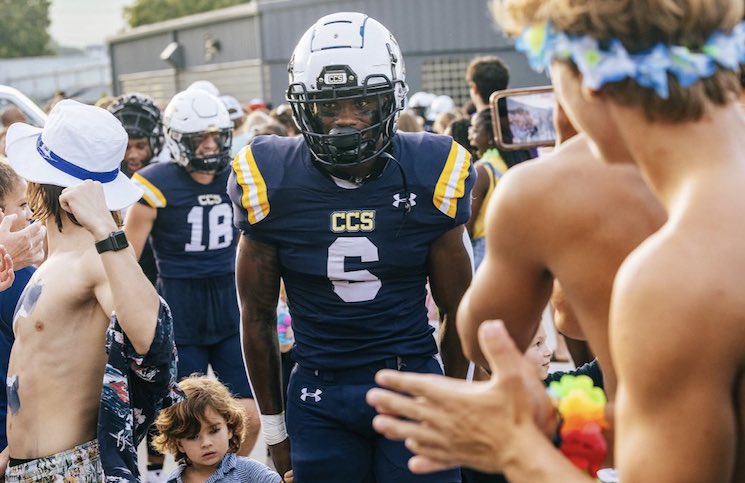 Carter attends Chattanooga Christian School and is one of the most electrifying playmakers in the entire 2024 recruiting cycle. Playing in the Division II-AA classification of Tennessee high school football, Carter dominates opponents and is off to a fantastic junior season.

With Carter leading the way, Chattanooga Christian is 4-1 on the season with its lone loss coming against McCallie— one of the top teams in the state.

More From RTI: Who Will Be Tennessee’s Celebrity Picker?

Carter ranks as a four-star and the No. 249 player in the country according to the 247sports composite rankings. The 5-foot-10, 184-pound receiver ranks as the No. 4 player in the state of Tennessee.

The Vols are targeting a number of the top players in the Volunteer State and have already landed a commitment from Chattanooga defensive lineman Carson Gentle. Four-star Nashville corner Kaleb Beasley also announced plans to visit Tennessee for the Florida game.

Carter camped at Tennessee this summer where he impressed with his quickness and route running abilities. The Chattanooga native also used summer visits seeing Michigan State and camping at Kentucky.

The Vols 2024 recruiting class currently holds two commitments and ranks as the nation’s No. 11 class according to 247sports.