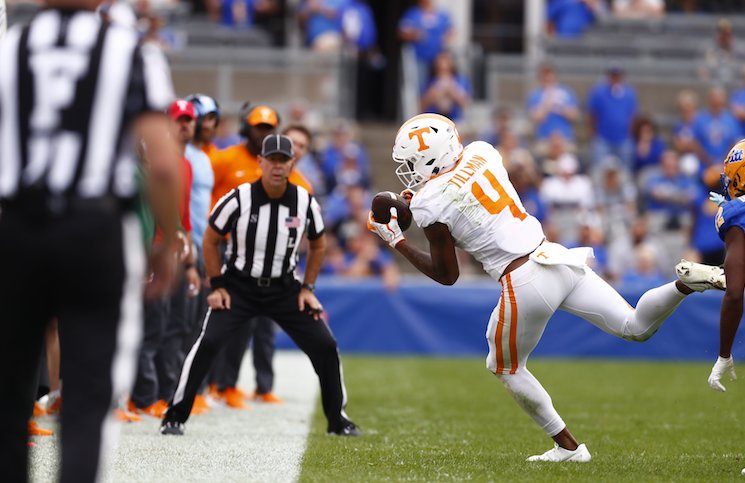 Tillman’s missed Tennessee’s last two games after undergoing “tight rope” surgery on his right ankle following the Vols’ win over Akron. Earlier this week, Josh Heupel admitted that part of the reason Tillman had the surgery on his ankle was to be ready for Alabama.

However, Tillman’s recovery was not quick enough for him to be ready to face the third-ranked Crimson Tide.

Ramel Keyton has played in place of Tillman the last two weeks, catching five passes for 88 yards. Receivers Bru McCoy and Jalin Hyatt have seen an increased roll the last two weeks and will once again have to step up in Tillman’s absence.

Heupel was coy about McCollough’s availability after the senior was arrested and charged with aggravated assault Sunday. The process is ongoing but McCollough won’t go against the Crimson Tide Saturday.

With McCollough out an abundance of Vols could earn reps at his spot including Doneiko Slaughter, Wesley Walker and Andre Turrentine.

For the Crimson Tide, all eyes are on quarterback Bryce Young who is expected to play after missing last week’s game against Texas A&M after injury his right shoulder in Alabama’s win over Arkansas.