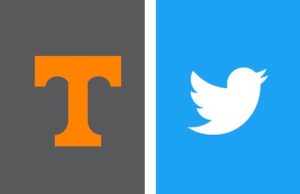 Make no mistake about it, social media was on fire on Saturday night after Tennessee’s win over Alabama in Neyland Stadium.

From Ochocinco to Robert Griffin III to Tennessee fans baptizing the field-goal post, social media was the place to be once the smoke cleared from the Knoxville sky.

Check out some of the best social media reactions from Twitter on Saturday night. In addition, check out more content from RTI following the game below!

I'm sorry, did this Tennessee lineman just vomit and turn it into an intimidation tactic…? pic.twitter.com/WyFBkICwTp

Tennessee is the #1 Team in the Country

THE GOAL POST IS ON THE STRIP. #GBO #Tennessee pic.twitter.com/ae6jtTs7QM

College football is better when Tennessee is great. #govols

One of the people who supplied the Tennessee football team with cigars was none other than Jay Cutler, the former Vanderbilt QB.

Why did he do it?

“He wanted us to beat Bama,” says a Vols administrator.

Where are the “Tennessee hasn’t beaten anybody” tweets now?!

Pray for the grounds crew. Going to be a busy week. pic.twitter.com/mG45FTh5PX

TENNESSEE I LOVE YOU @Vol_Football pic.twitter.com/GYMhgoPP27

We don't give a damn about the whole state of alabama !

What a night in Knoxville. Keep connecting with Rocky Top Insider for more Tennessee Athletics content!