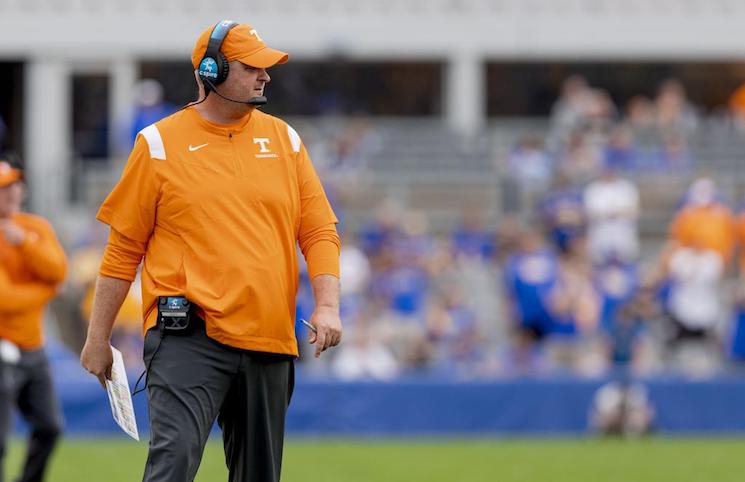 Georgia handed Tennessee its first loss of the season Saturday, controlling the game start-to-finish on its way to a 27-13 victory.

After Tennessee capitalized on an early Georgia fumble with a 47-yard Chase McGrath field goal, the Bulldogs took control of the game with a 21-0 run.

“Being within ourselves in the early part of the game in particular,” Heupel said. “To change the way the game’s played. Learn from that, understand what that’s going to be like as we continue to grow as a program as we have more of these opportunities to play in these types of ball games.”

Georgia’s defense suffocated Tennessee’s high powered offense and held the Vols to just one play over 20 yards — a Jalin Hyatt reception late in the game.

The Bulldogs made Tennessee methodically drive the ball down the field and the Vols couldn’t do it as Georgia’s pass rush won the day.

On the other hand, Georgia’s offense hit an abundance of explosive plays early in the game including three passes over 35 yards in the first half.

Heupel also discussed the crowd noise’s affect on his team, the defense’s shortcomings and much more.