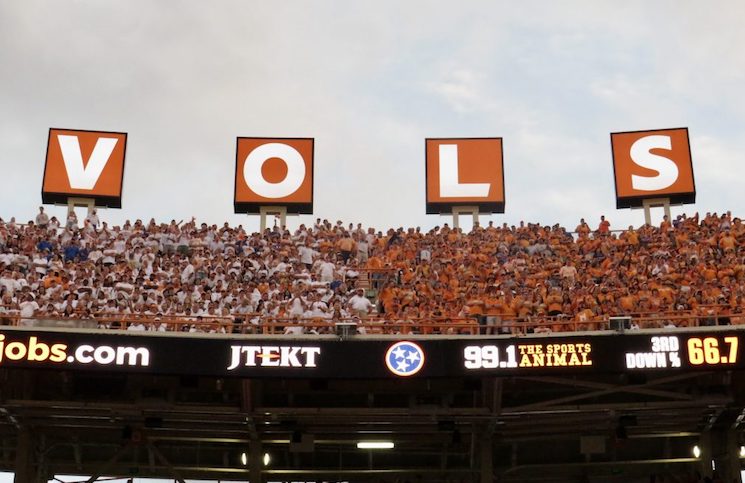 The Tennessee Volunteers remain in the Top 10 heading into week six. Photo by Ric Butler/RTI.

Tennessee is pairing the orange helmets with white jerseys and white pants.

Wearing different uniforms has been a staple of Josh Heupel’s two seasons as Tennessee’s head coach. The Vols debut black uniforms last season and wore orange pants more than they have in recent years.

This season, Heupel and Tennessee brought back the Smokey Grey uniforms from the Butch Jones tenure, added black helmets to go with the “dark mode” uniforms and even wore Summit Blue accessories to honor the 50th anniversary of Title IX on homecoming.

Tennessee is looking to improve to 10-1 on the season Saturday at South Carolina. The Vols opened as 19-point favorites against the Gamecocks as they look to win their fourth straight game over their SEC east foe.

Kick off from Williams-Brice Stadium is at 7 p.m. ET. Chris Fowler, Kirk Herbstreit and Holly Rowe are on the call for ESPN.