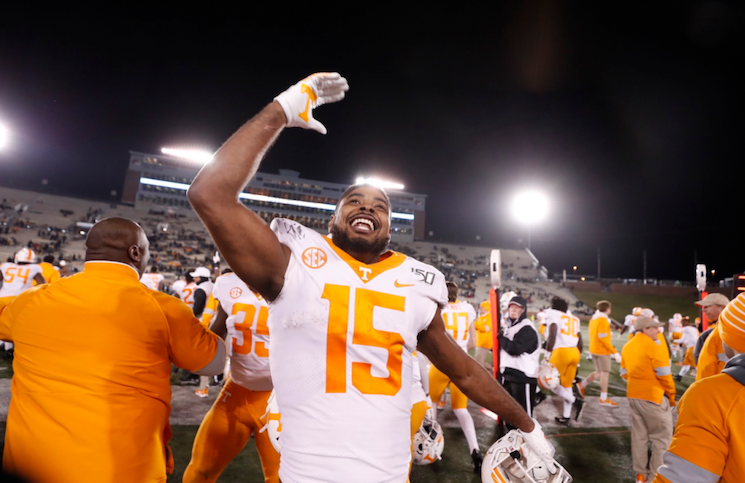 Three Tennessee legends have had countless unforgettable moments over their careers: Donte Stallworth, Jauan Jennings, and Joshua Dobbs. While only two of them were able to play on the same field, all three have memories and stories that will connect them forever. On Tuesday morning, Tennessee’s social media team posted the video of Jennings’ hail […]

Three players are off the board and three other Vols are among the “best available” as Day 3 of the draft starts at noon ET on Saturday.

Joshua Dobbs had a fiery response when asked about his ability to handle an NFL playbook.

Kiper: Dobbs Could Be Picked High As 2nd Round

ESPN draft analyst Mel Kiper Jr. said on a conference call that Joshua Dobbs could be picked as high as the second round in the NFL Draft later this month.

Tennessee is touting the size and speed development of several of their draft-bound players.

Dobbs To Be Featured On Gruden’s QB Camp

Tennessee fans will have plenty of reasons to tune into Jon Gruden’s QB Camp series this spring on ESPN.

Somebody tried to sell a fake Joshua Dobbs autograph on Twitter. The former UT quarterback made sure that didn’t happen.

Joshua Dobbs said goodbye to Tennessee via a post in the Players Tribune on Tuesday.